The new advertising campaign supports Vodafone’s commitment to connect one million people living without access to the internet by the end of 2022.

Vodafone has launched its Christmas advertising campaign, calling on viewers to give ‘The Gift of Connection’. Focusing on the joy of giving at Christmas, the campaign aims to inspire the nation to help those living in digital poverty in the UK by donating old devices. Vodafone will add six months of free connectivity to devices donated to its Great British Tech Appeal, with charity partner Barnardo’s redistributing them to disadvantaged children and families.

The pandemic has highlighted the scale of digital exclusion, with the greatest impact felt by the most vulnerable in society. Around 1.5m UK households, approximately 6% of the population, do not have internet access.

In recognition of this, Vodafone launched its commitment to connect one million people living in digital poverty by 2022 through its everyone.connected initiative, and is taking this to an audience of millions with its Christmas campaign.

Bringing to life the nation’s generosity of spirit, the television commercial follows the journeys of a young man leaving his house, a woman on a bus, and a man cycling a city street as they travel to a Vodafone store to donate devices they no longer need – with their reflections magically becoming Santa as they prepare to donate. 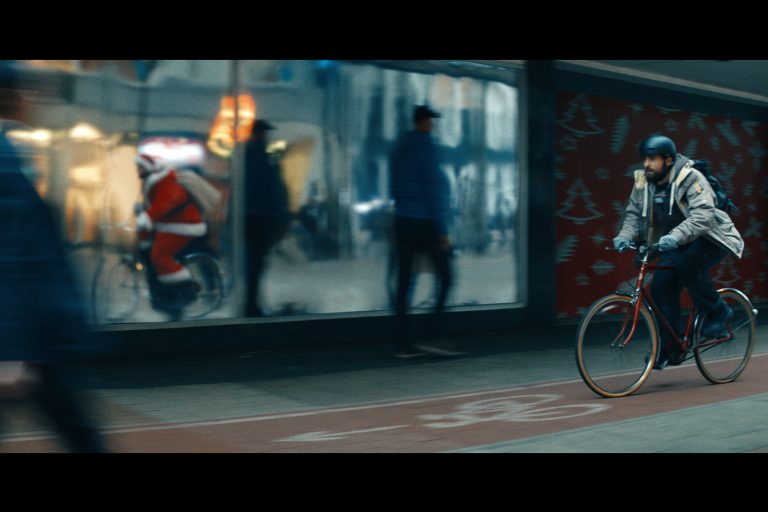 The ad concludes with a girl applying for an apprenticeship, showing the life-changing potential of these donations, with the strapline ‘Together we can give the gift of connection’.

Max Taylor, Consumer Director, Vodafone UK said: “This year our Christmas campaign brings to life the joy of giving after an enormously challenging 18 months. We’ve created an uplifting campaign that harnesses the generosity of the nation at Christmas. We want to invite people to join our quest to tackle digital poverty and do so with a motivational and positive message.

“Our campaign gives people an easy way to help someone in need, and we hope many will find their inner-Santa and join us in our pledge to connect one million people by the end of 2022.”

Barnardo’s interim CEO Michelle Lee-Izu said: “Many vulnerable children who don’t have devices or affordable internet face huge barriers in accessing education and vital support services. At Barnardo’s, we support some of the UK’s most vulnerable children, and are working with Vodafone UK to support children and families living in digital poverty. As some people upgrade their digital devices this Christmas, we are asking them to consider donating any pre-loved devices to our Great British Tech Appeal so we can get much-needed technology into the hands of disadvantaged children.”

The fully integrated, multi-touchpoint campaign – including TV, radio, PR and social – will run until 26 December and will be supported by a partnership with ITV. The TV campaign will debut on the evening of 5 November 2021 with a 30 second ad and will run in a number of spots, including ITV’s I’m a Celebrity… Get Me Out of Here!, World Cup Qualifiers England V San Marino and England V Albania, as well as the Autumn Nations Rugby and Extraordinary Extensions on Channel 4.

Vodafone has a range of projects and partnerships underway to tackle digital exclusion and connect one million people by the end of 2022.

Today, Vodafone serves more than 18 million mobile and fixed-line customers in the UK. To help deliver Gigabit UK, our full-fibre broadband roll-out programme now covers 24 UK towns and cities, rising to 34 over the coming months, through partnerships with CityFibre and Openreach. By spring 2022, our target is to make full fibre services available to more than eight million homes across the UK.