Brits miss out on £6.9bn of potential savings by not trading in their phones 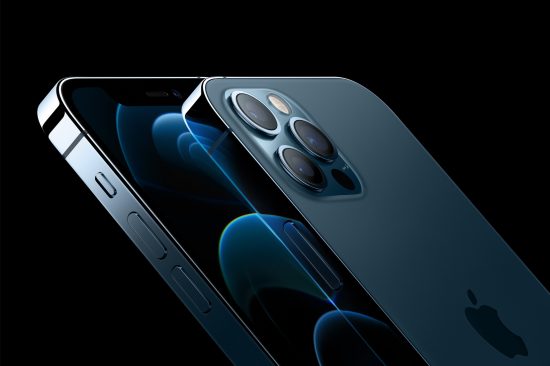 Vodafone has today revealed the results of research with YouGov that show how Brits are missing out on £6.9bn of potential savings by not trading in their existing handsets as they upgrade to the latest tech.

Despite the huge potential savings, 88% of Brits have never traded in a phone before, with the vast majority massively underestimating (by over £100) what a handset could be worth if traded in when choosing a new handset. A third of Brits who rejected trade-in** decided to skip savings and keep their old handset as a back-up – but nearly two thirds (58%) say they’ve never used them. Nearly 60% of households in the UK have between one and three unused devices sitting at home gathering dust.

Security and privacy are big concerns for Brits who rejected trade-in**, with a quarter saying they wouldn’t trade in for this reason.  Meanwhile, nearly a quarter of people (25%) who have traded-in**** say they didn’t receive as much for their phone as they were promised. And 4.7 million Brits admitted to throwing a phone away in a general waste bin.

At a time when it’s more important than ever to find the best deals, Vodafone is launching its new trade-in tool to help overcome the issues that have put people off trading in their phones in the past.

From tomorrow, in time for the new iPhone 12 Series, customers can trade in their previous iPhone to unlock a guaranteed saving on the hottest new gadget around. The innovative tool, accessible through the MyVodafone app, is quick and easy to use and takes just a few minutes.

Using Vodafone’s trade-in tool, customers will know instantly if their handset has passed all of the trade-in checks, and they will know the guaranteed saving they will make each month on the new one, before they have to send away their device.

It’s easy to understand the saving as it appears as part of your first bill and there’s no need to pay an up-front fee and then trade in your device separately (as has been the case previously). Phones currently eligible for trade-in are the iPhone X, XS, XS Max or XR and the iPhone 8 or 8 Plus.

What’s more, you don’t have to be a Vodafone customer – anyone can download the app to unlock a great price on the new iPhone.

Max Taylor, Consumer Director, Vodafone UK, said: “With our new, market-leading trade-in tool we’re fixing what has previously put people off trading in.  We have made the process quick and easy and will guarantee the saving you will make upfront.

“At a time when looking after your money is more important than ever, we can help customers still get their hands on the latest tech and unlock substantial savings.”

TV presenter and Vodafone’s newly appointed Chief Trade-in Officer, Michelle Ackerley, said: “So many people have missed out on savings because the trade-in experience just hasn’t been good enough. It’s so frustrating to be quoted one price, and then have that reduced at the last minute.

“As the new Vodafone Chief Trade-in Officer, I want to make sure everyone knows how much money they could be saving, and that everyone gets what they’ve been promised. I want to help customers upgrade to the latest tech at a much more affordable price than they might think is possible.”

To mark the launch of the new iPhone 12 Series, Vodafone’s new trade-in tool initially allows customers to trade in iPhone X, XS, XS Max or XR or iPhone 8 or 8 Plus for a guaranteed monthly saving on the new handset. In future, more handsets will be available to trade in. The trade-in tool is available on the MyVodafone app and in Vodafone stores from Friday 16 October.

Notes to editors
The research was based on a YOUGOV poll of 2,000 consumers from 7-8 October 2020.
Trade-in rejectors are those who have not traded in.

Trade-in with Vodafone
Guaranteed trade-ins only apply if phones are in good working condition. They must:

The app is available to download from Friday 16 October 2020.

Vodafone’s average trade-in value has been based on the average of their top five traded-in devices including:

Regarding number of phones thrown away

Vodafone pledges 24 million GB of data to the National Databank