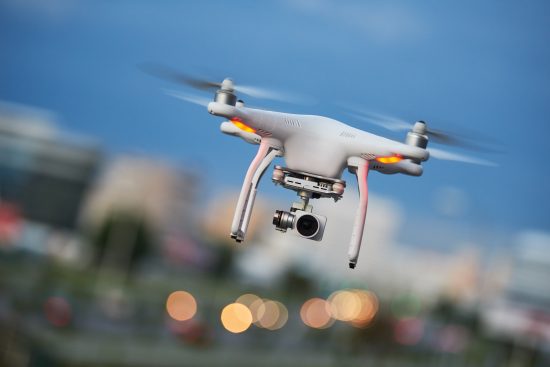 Four out of five Britons would support the widespread adoption of drones if stringent safety, security and monitoring measures existed, according to a new report by Vodafone.

Of the 2,000 members of the public polled for the report, the majority support their use for emergency response (86%), police assistance (79%) and environmental conservation (61%). Meanwhile, 92% of respondents believe that drones equipped with cameras could help the fire brigade tackle fires through improved visual imagery from above, and a similar number see drones as an aid to natural disaster relief operations. Other uses include surveying crops and livestock and assessing flood damage.

The Cellular Connected Drones report, commissioned by Vodafone UK and produced by WPI Economics, details the significant social and economic benefits that SIM-enabled drones can deliver to the commercial and public sectors. PricewaterhouseCoopers (PwC) estimates that by 2030 drones will contribute a £42 billion increase in UK GDP and £16 billion in annual cost savings to the UK economy. In addition, Department of Transport predicted licensed drones could grow from 100,000 in 2022 to up to 900,000 by 2050.

In March 2019, Vodafone joined the National Beyond visual line of sight Experimentation Centre (NBEC) Consortium, which includes Cranfield University, Thales, Aveillant and Blue Bear Systems Research, to establish the first UK centre for safely testing 4G and 5G enabled drones under Beyond Visual Line of Sight (BVLOS) conditions, in an unsegregated airspace. Using Vodafone connectivity, the mobile-connected drones make use of an inbuilt SIM card to enable the safe operation and management of drones. Compared to those controlled via hand-held radio transmitters, SIM-enabled drones can be registered and tracked over a greater radius, and are a key enabler towards achieving Beyond Visual Line of Sight (BVLOS).

Mobile networks are also able to send data such as changing weather forecasts or air traffic control updates to and from a drone. They complement GPS (Global Positioning System), which is highly accurate in providing location information, but can be jammed or compromised.

Vodafone UK Chief Executive Officer Nick Jeffery said: “Drones can provide crucial information to emergency services responding to incidents. They can assess fires, deliver medical supplies, and help businesses survey hazardous conditions, such as construction sites, power lines and our own mobile masts, quicker and more safely. On the flip side, rogue drones can pose security risks. By working in collaboration with government, the public sector and regulators, we can shape legislation to ensure the transition from a consumer toy to a vital support service while protecting our critical infrastructure.”

Professor Iain Gray, Director of Aerospace at Cranfield University, said: “Drones have a wide range of potential uses which are currently under-exploited. The findings of this report are reassuring and show that public opinion is supportive of using drones for a greater variety of tasks, if better safety, security and monitoring measures are in place. Collaboration will be key, and the work we are doing with Vodafone and other consortium members at our National Beyond visual line of sight Experimentation Centre (NBEC) is providing a safe and managed environment for drone and unmanned aircraft experimentation, working towards their integration into controlled and uncontrolled airspace.”

How Vodafone IoT is helping to bring strawberries to Wimbledon

Get 25% off at local coffee shops with VeryMe Rewards