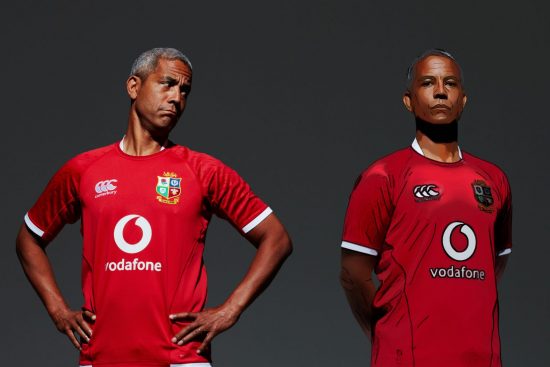 As the final round of international fixtures comes to a close, all eyes now turn to who British & Irish Lions coach Warren Gatland will select for his squad to face South Africa. Lead Partner Vodafone can exclusively reveal who the fans have put their faith in to do justice to the famous red jersey on this summer’s tour.

More than 13,000 rugby fans from across England, Ireland, Scotland and Wales have made their voices heard using the XV Selector feature on the Official Lions App, which was launched in October in partnership with Vodafone. After an eventful tournament there are shock omissions from the squad for England’s Billy Vunipola, George Ford and Elliot Daly, and the startling rise of young winger Louis Rees-Zammit, who books a place not just on the plane but in the starting XV, with a massive 56% of fans picking him on the wing.

Vodafone has analysed all the data collected so far, and has used the votes to compile a full Lions squad, an overall 23 for the first test, and a 23 as voted for by each nation’s fans. Highlights fom the fans’ selections include:

Alongside the squad selector, the Official Lions app also includes a number of other unique fan engagement features, powered by Vodafone. This includes the ability for fans to create their very own ‘Digital Lion’, a cutting-edge, fully animated virtual avatar that will allow them to get involved with the 2021 Tour like never before, including through customisable WhatsApp stickers and an interactive mobile game.

“The fans have built a strong team, no doubt about it, and one I’m confident would have a great chance at going toe-to-toe with South Africa. Louis Rees-Zammit has really impressed this season and deserves a seat on the plane, if not the starting test team.

“I personally would have Maro Itoje playing second row and Tadhg Beirne or Taulupe Faletau as our blindside flanker, but agree with the fans that Anthony Watson would deliver a good performance on the right wing.”

England and Saracens legend and Vodafone ambassador Maggie Alphonsi approves of the selections, saying: “I can’t wait to see how the fans’ favourites match up to Gatland’s selected team, but from where I’m standing I think the fans’ squad would be more than capable of coming home with a victory.

“The battle for the captaincy is really tough – there are plenty of contenders, but Alun Wyn Jones would be a sensible alternative. The Lions captain will need to be respected by players, coaches and the referees and be capable of making decisions under pressure. Jones is a true leader, the only challenge may be the second row position is likely to be heavily contested.”

Vodafone UK’s Consumer Director Max Taylor says: “After some fascinating games, we now know which players the fans most want to be a part of the unique Lions touring party. We’re looking forward to a fantastic summer of rugby where the best of the best from all our home nations will unite – and there really is nothing in sport that unites us quite like the Lions.”

The Starting XV (and the bench)

Who’s Made the Plane

Disagree with your fellow fans? Choose your own squad on the Official Lions App and get closer to the action than ever before by creating your own Vodafone Digital Lion.

DISCLAIMER: STATS DO NOT INCLUDE FRANCE VS SCOTLAND GAME ON FRIDAY 26 MARCH.

In July 2020, Vodafone announced its role as Lead Partner of the British & Irish Lions for the 2021 Tour of South Africa. The two brands are united by a shared passion and commitment to connect people to each other and the things they love – the highly anticipated Lions Tour against the World Champions.

The partnership builds on Vodafone’s heritage of bringing technological advances to the rugby fan experience. In May 2019, Vodafone UK announced a two-year partnership with Wasps Rugby and Wasps Netball to bring to life the benefits of 5G technology. Two months later, Vodafone worked with Wasps to create the world’s first 5G haptic rugby tackle. Using a haptic Teslasuit and the Vodafone 5G network, Wasps Rugby player Juan de Jongh was able to feel the impact of a tackle made 100 miles away by team mate Will Rowlands.