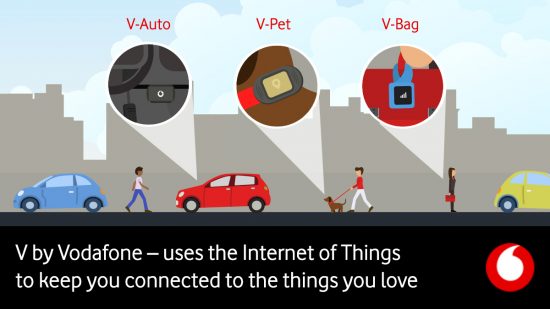 The average person in the UK spends the equivalent of 27 days a year worrying about ‘micro-stresses’, such as losing a wallet, bag or keys, according to research commissioned by Vodafone UK. 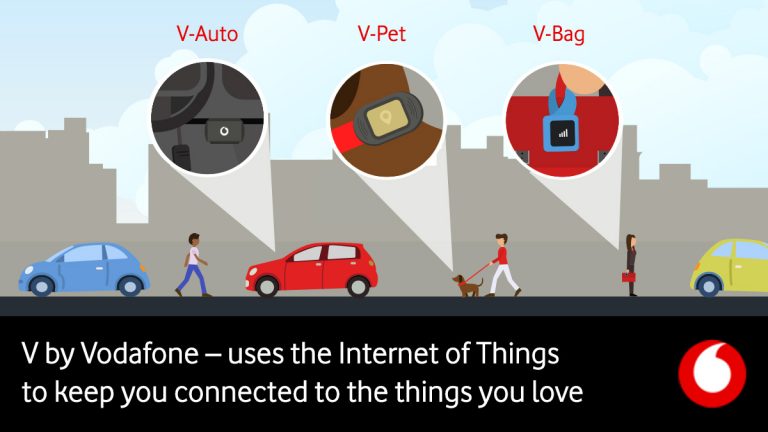 The average person in the UK spends the equivalent of 27 days a year worrying about ‘micro-stresses’, according to research commissioned by Vodafone UK. Amid our busy lives, we are being affected by everyday anxieties such as losing a wallet, bag or keys.

The research was commissioned to understand the impact of small stresses over time. Vodafone UK is using its network and its new ‘Internet of Things’ (IoT) product range, called V by Vodafone, to enable consumers to stay connected to the things they care about – including a bag, pet or car.

Dr David Lewis, one of the UK’s leading psychologists for MindLab International, has warned that as lives get busier, people are experiencing small daily stresses which can have a cumulative effect over time.

The poll of 2,000 adults found that people in the UK will spend just under two hours every day feeling tense. Nearly two thirds pinned this on the pressure and demands of everyday life, with 38 per cent putting it down to a lack of time. In fact, respondents said they experience stress 3,676 times every year, with six in 10 believing these small stresses are having an impact on their wellbeing.

The research revealed the top 15 stress-triggers, with losing a wallet coming out on top. Leaving a bag on public transport, a pet going missing, losing a bank card and having our car break down also featured.

The study was commissioned by Vodafone to help develop ‘V by Vodafone’ – a new range of smart products to make people’s lives easier and less stressful by helping prevent the loss of cherished items. The V products can help customers keep tabs on their bag, car or even their pet via their mobile phone.

V-Bag, V-Pet, and V-Auto attach to a bag, pet or car and then connect to Vodafone’s network using an App on a smart phone. Customers can keep track of the important things in life, reducing the stress of losing them.

Glafkos Persianis, Commercial Director, Vodafone UK said: “The Internet of Things has huge potential to make our lives easier. That is why we have launched V by Vodafone, to give our customers extra peace of mind about the things they care about.”

Three out of four people surveyed agree that losing things causes them stress, with one-third admitting they lose things because they are busy and always rushing. Just under one in five confessed to misplacing items because they are disorganised, with 27 per cent saying they are forgetful. The research also found adults will lose six items every month and spend a total of one hour and 48 minutes hunting down these lost belongings.

Dr David Lewis said: “While these individual stresses may not significantly affect an individual’s physical or psychological performance, a build-up of ‘micro-stresses’ can affect a person’s well-being.”

V-Auto by Vodafone uses the same IoT technologies developed by Vodafone for some of the world’s most advanced connected cars. The “plug and drive” dongle can be added to most vehicles on European roads manufactured since 2002. The “V-Auto by Vodafone” dongle is fitted to the car in seconds by the customer and is fully configured within minutes.

Once connected, “V-Auto by Vodafone” adds the following capabilities to any compatible vehicle:

V-Camera by Vodafone is a high-definition mobile security camera that automatically connects to Vodafone’s IoT network. This enables customers to set up continuous remote video monitoring of any location where there is 3G or 4G coverage.

V-Pet by Vodafone is a location and activity tracker for dogs and cats. Owners can track their pets using a combination of GPS and the mobile network and get smartphone alerts if their pet strays from a designated area. They can also use the activity monitor to track their pet’s movements and sleeping patterns.

V-Bag by Vodafone is an advanced briefcase, handbag and schoolbag tracker that helps customers reduce the risk of theft or loss. Customers can set up a smartphone alert to notify them if a bag leaves a designated area such as a playground or crowded bar.