From sofa to sun lounger, with Vodafone UK you can enjoy Amazon Prime Video on the go – on us 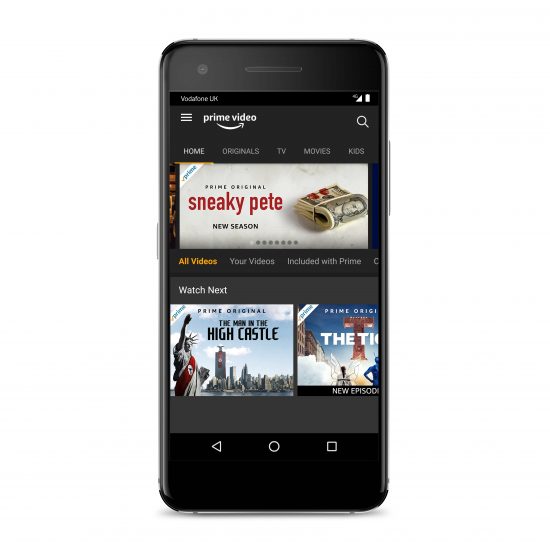 Vodafone UK has teamed up with Amazon to offer customers the chance to enjoy up to 24 months’ access to Prime Video.

Vodafone UK has teamed up with Amazon to offer customers the chance to enjoy up to 24 months’ access to Prime Video.

New and upgrading customers on Vodafone’s Red Entertainment packages can get unlimited access to thousands of popular TV episodes and films, including Prime Originals, to watch at home or on the go for the duration of their contract.

Vodafone customers can stay entertained during their commute, lunch hour or coffee break by streaming their favourite, must-see movies and TV shows. With Prime Video now offered across all Red Entertainment plans, customers can view content across multiple devices, including Smart TVs, games consoles, phones, tablets and laptops. And thanks to Vodafone’s most reliable network ever, customers can stream almost anywhere, anytime. It even works in any of Vodafone’s 48 Roam-free destinations*, so they can access select films and TV shows on the beach, balcony or at the departure gate.

With Prime Video on their Red Entertainment plan, Vodafone customers will have on-demand access to many of their favourite shows, whether it’s the award winning The Marvelous Mrs. Maisel, The Grand Tour with Jeremy Clarkson, Richard Hammond and James May, or American Gods.  They’ll also be able to catch Marvel’s much anticipated Cloak and Dagger in June, and Prime Original Tom Clancy’s Jack Ryan in August. Users can switch effortlessly between different screens and devices, picking up where an episode or film was left off.

Glafkos Persianis, Commercial Director at Vodafone UK, said: “We know our customers love being able to watch their favourite films and TV shows on the go, and with Prime Video on Vodafone, they’ll have even more top-quality, award-winning options at their fingertips. We’re delighted to provide our customers with the best entertainment available today.”

Jay Marine, VP Amazon Prime Video, Europe, said: “We love giving Prime Video members more ways to enjoy their favourite TV shows and movies so we’re delighted Vodafone UK is making Prime Video available to their customers. This is yet another way customers can easily watch the latest Prime Original Series and exclusive TV shows like multi-award-winning The Marvelous Mrs Maisel, The Grand Tour and the highly-anticipated Jack Ryan starring John Krasinski. Ahead of TV shows like this launching this summer, it’s great to be giving customers more options on how they watch, whether at home or on the go.”

In addition to the generous data allowances and unlimited minutes and texts, the new Prime Video offering is yet another reason for customers to choose a Red Entertainment Plan on the UK’s Best Mobile Network, as voted by readers of Trusted Reviews.**

*Vodafone Red Entertainment customers who opt for Prime Video will be able to stream all of their favourite programmes that are available in the UK in any EU country within Vodafone’s 48 Roam-free destinations. Those streaming outside the EU in one of Vodafone’s other Roam free-destinations will be able to access the ‘Watch While Abroad’ titles.