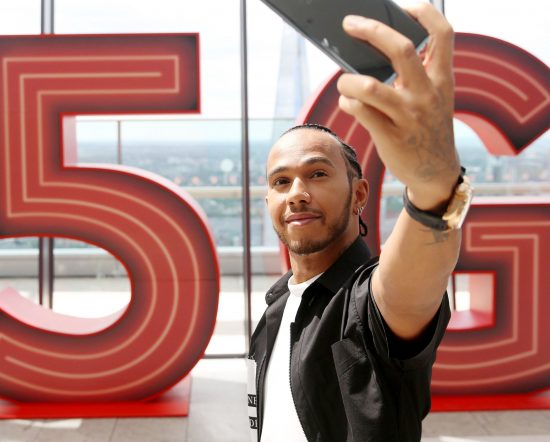 The new unlimited data plans also extend to the new Vodafone Together service, which combines mobile and broadband in one bill. Vodafone also becomes the first UK provider to offer customers 5G roaming in four European countries in some of the most popular tourist and business locations over the summer, at no additional cost.

Vodafone UK Chief Executive Officer Nick Jeffery said: “5G will transform the way we live and work. Our customers are streaming over 50% more content today than they did last year, and with 5G the demand for data is only set to increase. That is why we want to remove the limits on data, so that customers can unlock the full potential of 5G, and we can really propel the UK into the digital age. By offering unlimited plans to our consumer and business customers, we will revolutionise the market. We will give customers all the data they need, when and where they want it.”

With 5G and Vodafone Unlimited, a user can have gaming on the go, high definition streaming on the sofa, uploading, downloading, vlogging, blogging, virtual reality, augmented reality, connected cars, cows and coffee machines – all with fast connectivity, low lag and no worries about your data limit.

Today’s switch-on was marked with the world’s first demonstration of the power of 5G to transmit touch using haptic technology. Two players from Wasps rugby team were able to run a training session despite being more than 100 miles apart. The impact of a rugby tackle made by Will Rowlands at the Ricoh stadium in Coventry was transferred via 5G to teammate Juan de Jongh on stage in London. Juan, in a specially developed haptic Teslasuit, was able to feel the force of the tackle in real-time thanks to Vodafone’s high speed and super low latency 5G. Vodafone recently announced a new sponsorship and technology deal with Wasps rugby and netball teams.

Formula 1 Five-Time World Champion, Lewis Hamilton, officially opened Vodafone’s new 5G service.  As a British sporting icon, tech fan, gaming enthusiast, global roamer and someone synonymous with speed, Lewis was the natural choice to switch on the Vodafone 5G network.  He will act as a 5G ambassador for Vodafone, helping to bring to life the potential of 5G to be a real game-changer.

Vodafone Unlimited will change the industry for good. Available on SIM only and Pay Monthly plans, customers will be able to use their smartphones and other mobile devices without worrying about running out of data. Unlimited 5G will give users the full 5G experience and allow them to take advantage of its speed (up to ten times faster than 4G), quick response time (ideal for online gamers and critical business applications), and a super reliable connection, even in crowded areas.

Over the summer, 5G roaming will initially be available in the UK, Germany, Italy and Spain. As more countries turn on 5G, our roaming network will expand to include them. In addition to these countries, customers can use Vodafone Unlimited on 4G in 77 destinations worldwide – the largest roaming footprint of any UK provider.

Three unlimited plans will be available to both consumers and business customers. They include:

At £30 per month, it gives users unlimited mobile access at speeds as fast as the device and the network will allow. It is perfect for people who want to take advantage of the latest technology, such as live virtual reality, watching live TV and sport in 4K with ultra-high definition video and gaming on the go.

Costing £26 per month and offering speeds of up to 10 Mbps, it is ideal for customers who want to stream boxsets and films and download on the go, without worrying about their data usage.

Aimed at users who want to chat on social apps, browse the internet and stream music, this service costs £23 per month and offers speeds of up to 2 Mbps.

Customers can add an entertainment pack for just £6 a month and choose from Spotify, Amazon Prime Video, Sky Sports Mobile or Now TV.

Available later this summer, Vodafone Together combines unlimited mobile plans and home broadband in one deal, on one bill, all managed from the My Vodafone App. Customers receive a free Amazon Echo Plus, and in a world first, they can use Alexa calling to make and receive calls out of their unlimited mobile allowances. Prices from £50 for Unlimited Max and Vodafone Superfast Broadband 1. Extra family lines qualify for a 15% discount.

Vodafone can offer its customers unlimited data thanks to its multi-billion pound investment in its network over the last few years. Across the UK, we now run home broadband, mobile, IoT and business services over a single all-fibre converged network, called RedStream.

Vodafone was the first company in Europe to introduce Multiple Antenna (Massive MIMO) and we have installed 100-gigabit-per-second capable optical fibre connections to our 5G base stations. This means we are ready to give our customers faster speeds and more capacity.

Vodafone will continue to invest in rolling out 5G over the next few years with the aim of reaching at least eight million consumers by 2021. This will coincide with new features such as cloud-based robotics and augmented reality on the move.

Customers can choose from two 5G smartphones, the Xiaomi Mi Mix 3 smartphone and the Samsung S10 5G, as well as a 5G router, the 5G GigaCube.  The 5G GigaCube is ideal for use in the home and office, giving customers high-speed broadband access up to 10 times faster than 4G. With prices starting from £30, it is also useful for those customers replacing their home or business broadband; needing a second connection; or who require instant Internet access at an outdoor event.