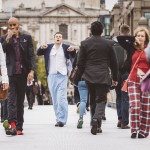 New statistics released today reveals we are a nation starved of sleep, with over 18 million Brits waking up every night to send emails or texts

New statistics released today reveals we are a nation starved of sleep, with over 18 million Brits waking up every night to send emails or texts(1).

Is it any wonder that Brits across the country are missing their stops on public transport (30 per cent) or arriving at work with clothes inside out (35 per cent), when almost one in three (28 per cent) can’t resist checking their emails or texts during the night?

The new research, commissioned by Vodafone to mark the launch of new Vodafone Broadband in the UK, has found that not only do we find it hard to switch off when it’s time for bed, but getting the rest of the family to put down digital devices at night can be tricky too.

Brits in 22m homes now have the chance to take control with Vodafone’s new broadband service, which enables them to easily switch off their Wi-Fi when they choose – and the company are encouraging the nation to switch-off before bed and ensure a good night’s sleep.

“Striking a healthy balance between online and offline time is hugely important for families,” said Cindy Rose, Consumer Director at Vodafone. “Through our new Broadband with its innovative companion app, we’re encouraging the nation to ensure they get the sleep they need by switching off from time-to-time, particularly when it’s time to go to bed.”

As part of its new study into how digital products are affecting our nation’s sleep, Vodafone looked in-depth at the habits of 12 connected families from around the UK, and surveyed more than 2,100 other British residents on their own tech tendencies(2), partnering with sleep expert Professor John Groeger, Director of Research at the Department of Psychology of the University of Hull, to evaluate the findings and offer expert opinion.

More than half of the nation (55 per cent) think they regularly stay up too late on a work night using connected devices to stream videos or check emails, with one in five parents (17 per cent) even struggling to get their kids up for school due to them being up too late online.

Of the Brits that sleep with digital devices next to them, one in four (23 per cent) found their sleep is disturbed by having their phone next to them. Furthermore over a quarter of the nation (26 per cent) find it difficult to go back to sleep after checking phone/emails.

Almost one of every two Brits (46 per cent) also admitted they are concerned their internet usage may negatively be affecting their family’s sleep.

“Most of us are overdrawn at the Bank of Sleep, and we simply can’t afford to spend precious sleep time on devices,” said Professor John Groeger  in relation to the findings. “Device use just before bed, or when we wake in the night, can make restless sleep caused by stress at work even worse. Light from screens can delay sleep, meaning we might make worse decisions through the day because we’re tired. Changing our pre-sleep routines and what we do when we wake in the night can hugely improve our sleep quality.”

Vodafone’s new broadband service works seamlessly with a companion app, the first app of its kind for home broadband, which gives users the ability to schedule when Wi-Fi is available and when it’s not on certain devices. Users can even set timers for the service to switch itself off when it’s time for bed ensuring the whole family is fit for school, work or play.

Grouped settings are also available via Vodafone Broadband, such as ‘Family’ which personalises the experience, allowing users to easily manage and set time limits on certain devices, giving control over when Wi-Fi is available and when it’s not; or  ‘Guest Wi-Fi’ that allows controlled Wi-Fi access to household guests in one easy click.

Top tips to switch off before bed from Professor John Groeger:

(1) Calculation is based on percentage of sample who wake up every night to check their phones (28 per cent), applied to the Office for National Statistics figure for the British population (64,600,000). Resulted in 18,088,000

(2) This study into digital behaviours was conducted by Vodafone and Bryter between 26 and 27 September 2015, comprising an in-depth study of 12 UK families and 2,103 UK respondents. Additional statistics by independent research company Fly Research, commissioned by Vodafone between 14th and 15th October from 2,188 UK respondents