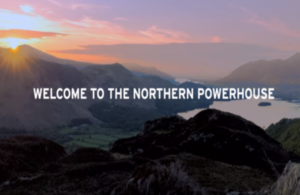 As part of the Northern Powerhouse partnership programme, Vodafone UK joins a network of leaders committed to promoting development across the region.

Vodafone’s Northern Regional Business teams already partner with thousands of businesses and organisations, from start-ups and small businesses to the largest corporates and public sector bodies. Spread across the North, with regional headquarters in Leeds and Manchester, the teams provide their customers with business communications transformation expertise and a range of voice and data services including: secure communications infrastructure; fixed and call centre capability; and unified communications.

Vodafone has invested hundreds of millions of pounds in its network and services across the North over the last few years.  Thanks to that investment Vodafone has brought 4G coverage to hundreds of Northern cities and towns, as well as 3G coverage to 13 rural “notspots”. Vodafone employs around 2,000 people across the region and will continue to invest significantly in its network, infrastructure and employees in the North as part of its expected £2 billion investment in the UK over the next three years.

Nick Jeffery, Vodafone UK CEO, said, “We are very proud to have signed up to the Northern Powerhouse. We have a high regard for the innovative energy of our thousands of Enterprise customers across the region as well as a strong belief in the benefits our local approach to business can bring.  We are committed to continuing our massive investment on our network and strategic hubs in the North and we look forward to making the region a powerhouse for the UK economy once again. ”

Northern Powerhouse Minister, Andrew Percy MP, said: “With more than one million businesses, seven of the UK’s top tech hubs and four of the world’s top universities, having a digitally connected North is essential to building the Northern Powerhouse.  That’s why I’m pleased we can now call on Vodafone as an official Partner to help get the great towns and cities of the North firing on all cylinders.”

The Government’s press release can be found here.