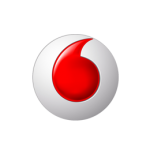 Vodafone UK welcomes the Government’s plans for ‘full fibre’ deployment to homes and businesses rather than BT’s interim measure of fibre to the cabinet coupled with much slower and less reliable copper line G.Fast technology.New, independent research commissioned by Vodafone predicts that under BT’s current plans, G.Fast will increase UK ultrafast household coverage by less than 5%.The research, produced by leading market intelligence company Point Topic, also reveals that unless action is taken only 6.5% of UK households can expect to receive gigabit-capable fibre-optic cables by 2020. In contrast, more than 80% of homes in Sweden and Spain are already passed by fibre and in Portugal the figure is now above 60%.  Portugal and Spain are expected to get to 95% Fibre-to-the-Premise (FTTP) coverage by 2020.[1]

Vodafone commissioned the research in the absence of clear plans from BT for the roll out of either G.Fast or FTTP by region or constituency.

In addition, Point Topic predicts that up to 90% of any G.Fast roll-out will focus on areas which will also be covered by ultrafast cable and will only be offered to customers living within a few hundred metres of an existing superfast street cabinet.  These results are supported by BT’s own recently commissioned report from Analysys Mason[2], which suggests that up to 100% of BT’s G.Fast build will duplicate areas already covered by Virgin Media.

Vodafone UK Director of External Affairs Helen Lamprell, said: “We welcome the Government’s move to focus on providing full fibre and we call upon BT to be up-front with the British public about its roll out plans and acknowledge that G.Fast will do nothing to help those stranded on archaic and woefully inadequate broadband today. BT is pushing a muddled compromise rooted in the past, while the rest of the world is focused on building the Gigabit Society at light speed over fibre.”