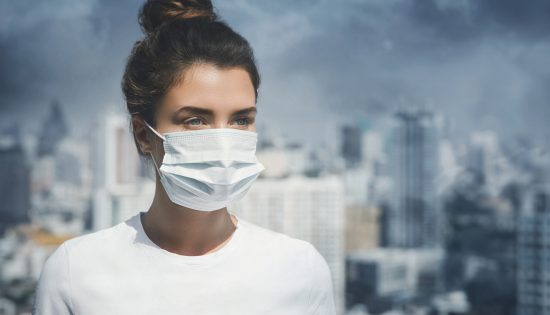 A new report from the Social Market Foundation, sponsored by Vodafone, investigates the role new technologies could play in improving the environment.

British public policy think tank, the Social Market Foundation (SMF), has produced a report into the potentially helpful technological advances that are driving the Fourth Industrial Revolution, and how we can best make use of them to improve our environment.

The report looks in particular at how we can reduce air pollution and decarbonise our economy.

Air pollution is the single largest environmental risk factor to human health, says the SMF, citing World Health Organization (WHO) figures that estimate the number of deaths from polluted air at seven million a year.

Around 64,000 people die each year in the UK of complications linked to ambient air pollution, a recent study published in the European Heart Journal suggested. That’s not far from the number of annual deaths (78,000) caused by tobacco.

So the Fourth Industrial Revolution – a catch-all term encompassing new technologies such as artificial intelligence, the internet of things, mobile supercomputing, big data analytics, automation and robotics – could help tackle these environmental challenges, the SMF argues.

Some suggested applications include:

Vodafone UK’s Chief Technology Officer, Scott Petty, said: “I welcome the Social Market Foundation’s important research into the impact of technology on air quality and de-carbonisation. The next few years – coinciding with some of the most exciting technological developments – will be crucial in changing the way we live and work.

“Vodafone is excited to be part of this and I hope that this research will help to continue the conversation.”

The World Economic Forum recently said the Fourth Industrial Revolution “…represents a fundamental change in the way we live, work and relate to one another. It is a new chapter in human development, enabled by extraordinary technology advances.”

If all these technologies are applied effectively, it could lead to the “merging of our physical, biological, and digital worlds”, as the WEF’s Klaus Schwab puts it.

The report acknowledges that the environment, and all our concomitant biophysical and climate concerns, have raced up the political agenda.

According to YouGov research last year, the British public is more concerned about the environment than ever before and, among young Britons, concern is higher still, with 45% of 18-24-year-olds saying environmental issues are one of the nation’s most pressing concerns.

Among a number of recommendations to policymakers, the report includes a new road pricing system based on a free allowance of road usage each year, to help reduce the burden of taxation on lower income households, and a proposal that UK towns and cities should aim for a quarter of all journeys to be made by bicycle – a similar proportion to that of the Netherlands.

‘I’m doing the job I always wanted to do’