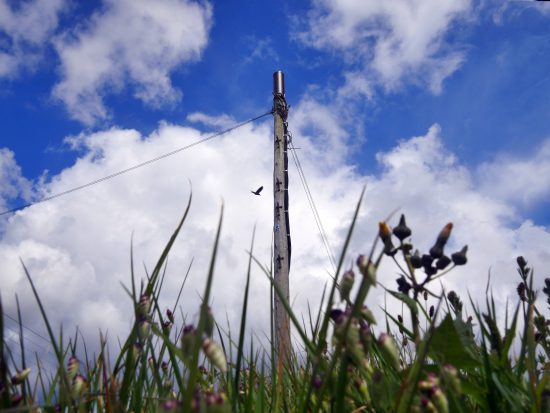 Starting later in 2021, the key partners will work with Vodafone to extend 4G and 5G coverage to more rural places across the South West of England and most of Wales, moving into urban areas in a later phase.

Pioneered by Vodafone and its partners, Open RAN will drive greater innovation through a diverse and open vendor ecosystem. It will lead to a more cost-effective, secure, energy efficient and customer-focused network of the future.

With political and industrial policy support from the European Commission and the national governments of the EU, Open RAN has the potential to bring more European companies into this emerging market. Vodafone and the other major EU telco signatories of the Open RAN Memorandum of Understanding believe this will help build a European ecosystem around these novel network architectures and boost the EU’s global technology leadership in digital infrastructure.

Vodafone’s initial focus will be on the 2,500 sites in the UK that it committed to OpenRAN in October 2020. It is one of the largest deployments in the world and will be built jointly with Dell, NEC, Samsung and Wind River. Vodafone also expects to use new radio equipment defined under the Evenstar programme, a joint initiative it contributes to. Capgemini Engineering and Keysight Technologies are providing support to ensure interoperability between all the components.

Starting this year, the vendors will work with Vodafone to extend 4G and 5G coverage to more rural places across the South West of England and most of Wales, moving into urban areas in a later phase. Vodafone is also working to launch OpenRAN in other countries within both Europe and Africa, enabling the digital society to be accessible to all, with no one left behind.

“OpenRAN is also reinvigorating our industry. It will boost the digital economy by stimulating greater tech innovation from a wider pool of vendors, bringing much needed diversity to the supply chain.”

Under this initiative to deliver an open and disaggregated network in the UK, Samsung will be a reference RAN software provider. Samsung and NEC will supply Massive MIMO – a method to boost capacity of a mobile antenna – along with Samsung and Evenstar radio units, which establish a signal between users’ smartphones or devices and the mobile mast.

Evenstar radios are part of a joint effort between Facebook and Vodafone to create ‘white-box’ radio units within the Telecom Infra Project (TIP) and are a key component for OpenRAN success. These will provide vendors with detailed specifications needed to develop compatible radio units much more cheaply, and are designed to encourage new players to the market to boost the ecosystem and stimulate innovation.

The initial deployments will be implemented using COTS (common off the shelf) Dell EMC PowerEdge servers to support the combined DU/CU function running Containers as a Service (CaaS) software from Wind River Studio, which will provide a distributed cloud-native platform hosting the OpenRAN applications and virtualised RAN from Samsung. This gives Vodafone the benefit of being able to mix and match and install new software releases and upgrades more easily.

Keysight Technologies will deliver its comprehensive OpenRAN test solution portfolio designed to support conformance, interoperability and E2E system testing. Capgemini Engineering will be the key partner within our lab testing to ensure interworking of the Open RAN multi-vendor ecosystem.

The O-RAN Alliance 7-2x split, that defines the interface between the radio antenna and the baseband unit, will be used in the deployments, following successful tests and simulations that make it the option of choice. The resulting Open RAN network is expected to improve energy efficiency compared to the existing solution from traditional widely deployed RAN products.

In addition, Vodafone is working with several chipset suppliers, including an important research & development (R&D) collaboration with Intel, whose role in developing Open RAN is widely recognized in the industry. Vodafone’s OpenRAN Test and Integration lab in Newbury, UK, has been devised to be an innovation centre to foster collaboration and implement new ideas. In this space, Vodafone’s newly announced partnership with Qualcomm will provide solutions that will be added to the project in the future.

The new OpenRAN lab will be complemented by two newly created European digital skills hubs in Málaga and Dresden, employing 600 and 200 people respectively. Opening later this year, the skill hubs will be used to develop a number of new solutions for businesses, including cyber security, mobile private networks and OpenRAN.

Vodafone is working with other operators to lower the entry barriers for smaller vendors and startups. Recently published OpenRAN technical requirements by Vodafone and other telecommunications companies will provide a blueprint to help expedite the development of new products and services based on industry specifications from the O-RAN Alliance (of which Vodafone is a member) and eventually ETSI standards (from the European Telecommunications Standards Institute), always compatible with 3GPP.

Vodafone Reinvent 2021: ‘We are going to shake up the market’