The Mayor of London, Sadiq Khan opened Vodafone UK’s new digital hub today, as new research shows that 5G could provide a multi-billion pound boost to the capital by 2030.

The Speechmark, Vodafone’s new digital hub in London, has undergone a £6.5m refurbishment and now houses a 1000-strong consumer, digital, and tech workforce. Vodafone’s investment cements Bankside in Southwark as one of the fastest-growing centres for creative and digital expertise in London.

Vodafone currently invests around £1million per week upgrading and improving network capacity across London to keep pace with ever-increasing levels of demand for data – currently in the region of three million gigabytes per week, which is equivalent to streaming Netflix in HD for 115 years.

A new partnership with Transport for London (TfL), announced today, makes Vodafone the first operator in the UK to agree to pilot wireless connectivity in tunnels and at station platforms on the eastern end of the Jubilee line. Customers will be able to connect their devices to Vodafone’s 4G network from spring 2020 so that they can make calls, stream video and download content whilst on the tube. The new service will have the potential for 5G connectivity in the future.

As Vodafone’s new research shows, adoption of 5G promises to be the fuel in the tank that powers the UK’s next digital age. Moving from 4G to 5G will be transformational. The boost to London’s economy, which will come from increased levels of productivity, is forecast to be in the region of £30 billion by 2030.

Southwark is one of the many areas of London where Vodafone’s high-speed, high-capacity network supports 5G coverage. Since rolling out 5G earlier this year, Vodafone’s customers and business partners are experiencing fastest-ever upload and download speeds, as well as the greater quality and reliability 5G gives. Vodafone has 5G in more places than any other operator, with 77 towns and cities now live across the UK and Europe.

Sadiq Khan said: “London is on track to become the world’s leading smart city, and the move to 5G has the potential to make the capital a global trailblazer in civic innovation. By working with providers like Vodafone we can develop the best technologies that will boost our economy and meet the needs of Londoners, radically improving how we live and work.”

Vodafone UK CEO, Nick Jeffery, said: “5G will enable a whole new generation of digital services capable of improving transportation, housing, and connectivity across the capital. 5G will transform the way we live, how and where we do business, and improve how productive we can be at work.”

During the opening ceremony at The Speechmark, Mayor Sadiq Khan was shown an interactive smart city model of London. The model, built by Vodafone in association with Bright Bricks brought to life how 5G deployment, partnered with the Internet of Things, will power new ways for cities to operate, especially in how they safeguard the health, safety, and well-being of citizens. 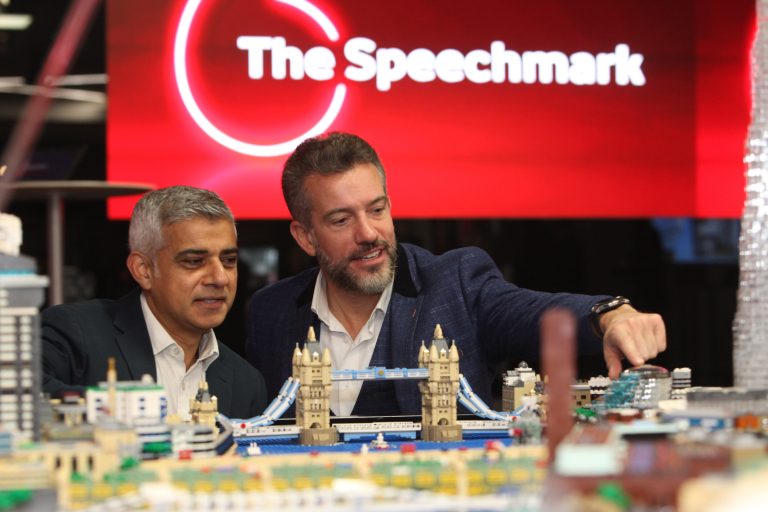 From digital buildings and autonomous vehicles, which collect and analyse data to improve reliability and performance, to emergency response infrastructure, where cloud systems can run AI (Artificial Intelligence) applications and power continual information sharing between onsite, office, and support teams – the potential benefits of 5G’s high bandwidth and low latency connectivity are limited only by our imagination.

Vodafone commissioned a former HM Treasury economist to estimate the cumulative productivity benefits that 5G could bring to the London economy. The analysis suggests economic output gains in the region of £30billion by 2030.

Vodafone offers 5G at no additional cost. The service is available in more places than any other operator with 62 towns and cities now live across the UK and Europe (15 towns and cities in the UK). Vodafone is the only UK network to offer 5G roaming. For more information, please see here: https://www.vodafone.co.uk/network/5g