Jurassic Coast: How Vodafone IoT is keeping an eye on coastal erosion

By Alan Lu
Credits: Shutterstock Enterprise
Coastal erosion is likely to accelerate as a result of climate change

Rockfalls and landslides pose a danger both to people and to one of England’s few World Heritage Sites, which makes the monitoring work done by Vodafone’s sensors even more vital.

Scientists are monitoring coastal erosion on Dorset’s famed Jurassic Coast, a UN World Heritage Site, using Vodafone Internet of Things (IoT) technology. Coastal erosion not only poses a risk to human lives and property in the south west, but also to the integrity of one of the UK’s outstanding areas of natural beauty.

The 155km stretch of the Dorset and East Devon coastline has seen five cliff movements so far in 2021, including a major landslide in April which saw 4,000 tonnes of rubble fall off a cliff face. IoT sensors developed by Vodafone and Bournemouth University have now been planted in the ground, monitoring earth movement and other environmental changes such as temperature.

The data is then sent over Vodafone’s network to the cloud, where it is processed using artificial intelligence for further use by experts at the British Geological Survey. 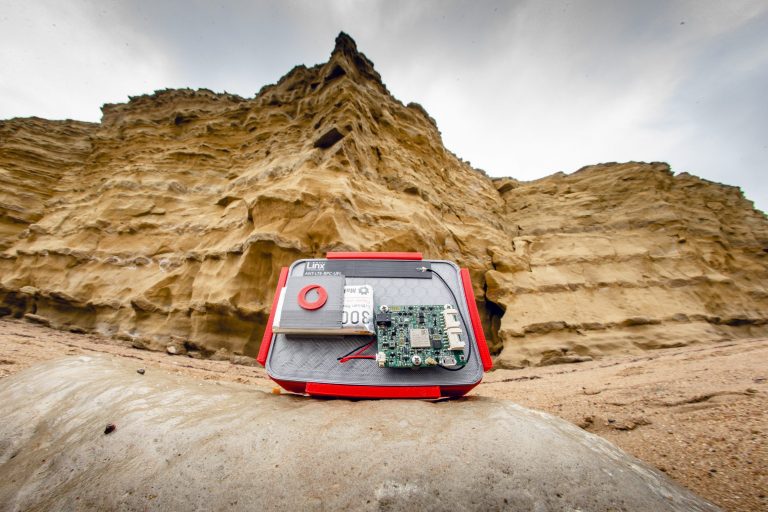 Dorset Council Deputy Leader Peter Wharf said: “The announcement of this new device represents a big milestone in the research work we’re conducting into coastal cliff monitoring and we’re proud to be working alongside Vodafone to make this important work a reality.

This research, along with the coastal public safety trials, is critical to people’s safety and the long-term prosperity of the area. Current monitoring methodologies are also very costly for the council and this new technology will hopefully provide significant savings in future.”

The IoT hardware has already been adapted for other uses in the Dorset area. Versions outfitted with sensors designed by Wessex Internet are being used to help local farmers. They can gather agricultural data such as soil health and water quality, as well as keep track of cattle and valuable farm equipment. Even smaller versions of the IoT hardware are in the works.