When preparing her favourite meal, Sri Lankan monkfish curry, Gabby admitted that after cooking for her neighbour, Great British Bake Off legend Mary Berry, no meal could ever be as nerve-wracking.

Joining her from kitchens across the country were six friends – and Vodafone VeryMe rewards competition winners – who’d first met while working together at a hospital in Liverpool.

The cookalong is a chance to chat with a celebrity while putting their chosen recipe to the test, as well as a way of raising money for good causes.

Gabby is president of Muscular Dystrophy UK and was also representing My Name’5 Doddie Foundation, set up by British and Irish Lions rugby legend Doddie Weir. Along with any donations from viewers, Vodafone will donate £7,500 to each charity.

The cookalong was an especially welcome break for the virus-fighting essential workers, with competition winner and sports-fan Rebecca joking that they “hadn’t seen daylight since summer time!” There had even been cameras in the hospital that day to capture the first COVID-19 vaccinations.

Each kitchen was sent the same set of ingredients for Gabby’s recipe along with refreshments from soft drinks sponsor Fever-Tree to keep the conversation in full flow. 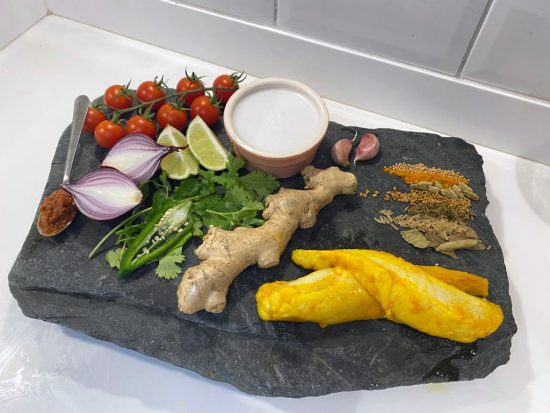 No Zoom call is complete without a surprise appearance from passing relatives and Rebecca’s dad Ray, an avid rugby fan, was keen to hear how Gabby had found the return to sport after lockdown.

“It’s quite shocking at first when you can hear every shout, every swearword, but you quickly get used to it. I’m really lucky that I’ve been able to get to any live sport at all,” she said.

It was an intimate opportunity for the six friends to get to know the TV presenter and have a laugh: even if she did cheat by chopping her onions ahead of time to avoid crying on camera. 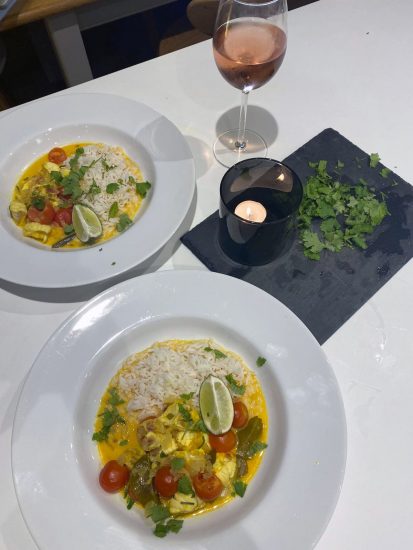 As for how good the curries were? We’ll never know, but the clue might lie in what our chefs were mixing with those Fever-Tree tonics.

You can watch the cookalong in full on YouTube.

If you’d like to take part in the next event, make sure to download the My Vodafone app where we’ll reveal our next celebrity cook in VeryMe rewards.