He’s on his way to a million subscribers, but YouTube’s Austin McConnell isn’t resting on his laurels. Here’s how he makes being a professional content creator look easy... 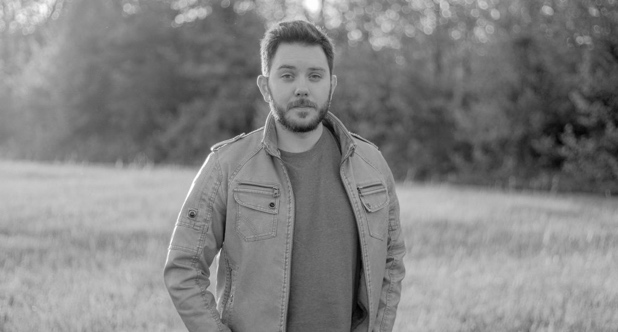 Ever wondered what it’s like to helm a YouTube channel with well over 700,000 subscribers? With videos that routinely clock over a million views and a focus on a huge range of topics, Austin McConnell has managed to make YouTube video creation work for himself like few people can.
But what’s the secret to his success? And – when your established remit is just about anything from old passion projects to printer ink (by way of some really weird history) – how do you choose what to make new videos on?
We sat down for a Q&A with Austin to find out what it’s like being one of YouTube’s most unique – and most popular – creators…

“I actually started my channel in June of 2007, back when nobody really knew what YouTube was supposed to be (other than videos of sneezing pandas and cute cats). Celebrity vloggers weren’t really a thing, and there was no such thing as the Trending tab.

“I was a wannabe teenage filmmaker, so I mainly posted short films and glorified camera tests. Nobody cared. Why should they have? It took ten long years of wandering in the wilderness before I started to find my creative footing and actually make stuff worth watching.”

Which of your videos was the tipping point in terms of popularity?

“My first video to really take off was a deconstruction of The Cursed Child, the Tony Award-Winning Harry Potter stage show. I was fascinated by the divide between those who saw the show live, and those who only read the screenplay (published as a book).
“Theatre-goers loved it, but readers generally hated it. I found myself in the latter group, so I tried to make something that went a bit deeper than a run-of-the-mill snarky, cynical review. I broke the story down beat-by-beat to figure out the flaws, and then spent a separate video exploring ways to improve it. I watched it slowly grow to 10,000 views over about 4 months, and then the snowball started.

“50,000 the next day, then 100,000, and before I knew it, I had an audience – and a creative one, at that. Two years later, a group of LA-based performers literally wrote and toured a parody Potter play based on that video. The internet is weird.
“As for how the snowball happens, I think it’s a preparation-meets-opportunity thing. I put a lot of work into something, and it struck a chord with a lot of people at the right time. I kept working on videos while the snowball was forming, and by the time it took shape, I had more stuff to share. Once it starts rolling, you’ve got to be ready with more stuff to help it grow.”

Your channel doesn’t have one single focus, instead covering a variety of subjects. Do you think that’s rare?

“I just try and tell stories or talk about things I find interesting… Whether that’s a rarity on YouTube or not, isn’t for me to say.
“I don’t like the idea of being pigeon-holed into a particular genre like vlogging, or video essays, or animation. It’s too monotonous, and I want the freedom to always try new things and experiment with my channel’s format. There’s plenty of benefit to staying unpredictable. However, there’s definitely a downside to my type of channel, metric-wise.

“I don’t like the idea of being pigeon-holed into a particular genre like vlogging, or video essays, or animation.”

“I gain and lose a lot of subscribers with each upload, often because people can’t quite figure out what they’re going to get from me. I know my channel’s unpredictability turns some folks off, but that’s fine. I’d rather be a master of none than a one-trick pony.”

So how do you plan what you want to talk about in your videos?

“In all seriousness, I have no idea. I hang out with my friends and chew the fat. We tell stories. I figure out which stories stick, and I go from there. I try to make videos that make people feel. Sometimes that feeling is laughter. Sometimes it’s a feeling of curiosity. Sometimes it’s something far deeper.”

How do you think YouTube is changing as a platform as time wears on?

“Things are definitely more commercialised. Lots of people are getting into the game to chase internet money, and it’s been interesting to see how much the platform has changed since I first registered my account. YouTube’s slogan is “Broadcast Yourself”, but things seem to be drifting more and more towards propping up established brands and advertisers over small-time creators. I hope they don’t forget about the little guys.
“There are real opportunities online for content that never would have found an audience just a few years ago. I had no hope of cutting a TV or movie deal, but through platforms like YouTube, I have a chance to thrive.

“At the same time, there’s definitely a “YouTube metagame” nowadays that seems to stifle a lot of creativity. As an example, a study last year showed that people tended to click on yellow-colored video thumbnails more often, so for a while there was this ridiculous flux of yellow thumbnails from everyone. Creators have to essentially become online marketing experts and keep track of what works on YouTube in a given year, and what doesn’t.
“I try not to think about that kind of stuff. To me, the more everybody does one thing, the more important it becomes to do something completely different.”

“I watch a lot of Rhystic Studies – he tells these amazing stories about the history of Magic: The Gathering cards. I don’t play the game at all, but he’s able to make me watch for hours and care about it anyway. That’s the sign of a good storyteller.
“Jon Bois is the coolest guy I’ve never met, and I think we have way too much in common to ever be friends. Also, Aspect Science is a channel I discovered before it hit 1,000 subscribers, and it’s taken off like a rocket. He’s doing great work in the educational realm, and I hope he continues to grow.

“Every six months or so I try to feature cool channels with under 1,000 subscribers on my channel.”

“But most of all, my favourite content creators are the people grinding away making awesome stuff despite having yet to find an audience. Every six months or so I try to feature cool channels with under 1,000 subscribers on my channel, and it is my sincere hope that every person I feature becomes wildly more successful than me.”
“My wife loves watching BananaJamana. I love watching my wife watch BananaJamana.”

What would your advice be for anyone looking to replicate your success?

“I actually would advise them not to try and replicate my success. I’m extremely lucky, and it’s a fool’s errand to try and replicate another man’s luck. All I can tell you is that I found my creative footing when I started telling stories that meant something to me.
“Here’s a question every struggling YouTuber/Streamer/Whatever should try to answer honestly: would you watch your channel if you weren’t you? Honestly. If not, why not? If you want an audience, then figure out what ingredients you need to change, and then develop a plan to improve.

“YouTube has given creators a great gift: a direct 1-to-1 connection with an audience. I don’t need to beg a studio for permission to make a movie. I don’t have gatekeepers preventing me from telling the stories I want to tell. The internet has killed all that, and rightfully so. When I make something, I can share it with a global audience immediately.
“This tech didn’t exist until now, and now is absolutely the most exciting time to be creating stuff. So let’s get to it, yeah?”
You can follow Austin’s work over at his YouTube channel, or @AustinMcConnell on Twitter.