Vodafone UK News catches up with Steve Knibbs, Head of Vodafone Business Security Enhanced, to find out why this traditionally secretive part of the company is breaking cover and coming out into the open.

For decades Vodafone – and Cable & Wireless before it – has provided highly secure services to customers for whom secrecy and data security are of paramount importance.

Just imagine if the National Grid were hacked and the country held to ransom, or if terrorists found their way into our nuclear power plants or air traffic control systems? It’s the stuff of nightmarish Tom Clancy novels.

Of all the FTSE 400 companies, about 80% have been the victim of a cyber-attack – the other 20% probably have too but just don’t know it

This secretive division has operated like an independent business within a business, tucked away undisturbed, far from the limelight.

But now Vodafone Business Security Enhanced (VBSE), as it’s now called, is coming out of the shadows and marketing its considerable expertise in secure networks and cybersecurity to a growing number of commercial and public sector clients.

The big question is ‘why now?’

“We’re at a perfect storm moment,” Steve explains. “Data is driving most business decisions these days and it’s growing exponentially. At the same time, connectivity – 5G and internet of things devices – is also growing fast.

“Unfortunately, this means that the threat is growing, too – from foreign states engaged in cyber warfare, to organised crime gangs conducting co-ordinated ransomware attacks or industrial espionage to order – not to mention hacktivists motivated by a range of extreme views.”

The security and integrity of data is the biggest concern for most of his clients, he says. 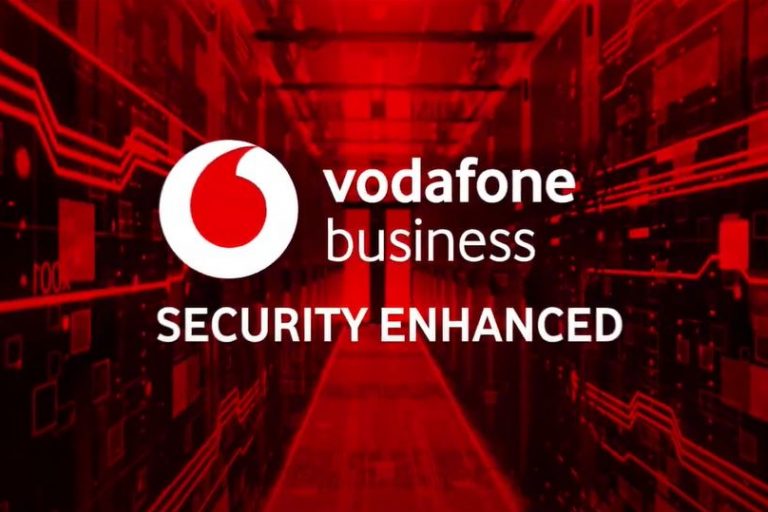 So in this climate, Steve felt confident that he could double the size of the business in five years if he were given the resources. The Vodafone UK Board bought into his vision and coughed up the cash, enabling him to recruit 60 more specialists, build new IT platforms, and refurbish the building.

From soldiers to sales

Steve himself joined the army at 17 and served for six years as a radio and telecoms engineer with the Royal Signals Parachute squadron. He then spent three years at GCHQ, the Government intelligence, cyber and security agency, supporting military operations overseas. During his time he operated in troubled hotspots such as Iraq, Afghanistan, Belize and Macedonia.

With such specialist skills under his belt, it wasn’t long before companies came knocking when Steve transferred to civilian life. Cable & Wireless snapped him up and he began as a shift engineer in one of the company’s network operation centres based in Bracknell.

It wasn’t long before he was running the secure services division, supporting intelligence agencies and other organisations for whom secrecy and data protection are critical. Following Vodafone’s acquisition of C&W in 2012, this part of the business was eventually rebranded as Vodafone Business Security Enhanced.

The VBSE Secure part of the business remains highly sensitive and requires the highest level of vetting to work there. Steve isn’t at liberty to tell us much more about it for obvious reasons.

It’s the VBSE Enhanced division that is raising its head above the parapet and making its decades of security expertise more widely available to customers in three main areas: Internet of Things, Cyber and Mobile.

The expansion of the business meant Steve had to cast the net wider and find a new set of specialists who could bring these products and services to life: marketing and sales people.

“We’re building all our own capabilities and host all the data in our four UK-based data centres. There’s a huge market out there and we’re going for it,” he concludes.

One thing’s for sure, VBSE will target that market with military precision.

For more information about the services VBSE offers, click here.

How can small businesses protect themselves against cyber threats?

“V by Vodafone”: Find out what our connected IoT devices can do for you