A short history of the elite touring rugby team...

Every four years, this hand-picked elite squad goes on tour to take on the national teams from the southern hemisphere: Australia, New Zealand, and South Africa.

The next tour to South Africa, in July and August 2021, will see the Lions go head-to-head with the Springboks, the country’s national team, playing three test fixtures against them and five matches against provincial teams.

It promises to be a fiercely contested battle – the Springboks are the current Rugby World Cup champions and the world’s top-rated team.

England, Ireland, Wales, and Scotland are in the world’s third, fourth, sixth, and eighth places respectively. So putting all their best players together, coached by antipodean supremo, Warren Gatland, and pitting them against the world’s best team, will make for an enthralling spectacle.

Vodafone will be the proud shirt sponsor and lead connectivity provider for the Lions.

The previous tour, in 2017, was to visit New Zealand’s All Blacks – a close-fought series that ended in a draw, with the final fixture in Auckland finishing 15-15.

More than 100 years of history

The very first Lions tour, in 1888, visited Australia and New Zealand. It was then known as the Shaw and Shrewsbury Team (pictured below), after two former Ashes cricket captains who organised it. 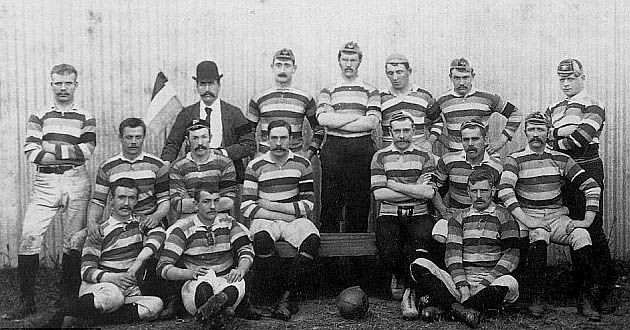 The team took 42 days to arrive by steam ship and the tour lasted seven months. As well as playing 35 rugby matches against local sides, they played 19 games of Australian rules football, one cricket match, and even took part in a kangaroo hunt.

More touring sides from Britain and Ireland visited today’s South Africa in 1891, 1896, and 1903. South Africa’s provinces didn’t come together as a country until 1910.

There was another rugby visit in the year the Union of South Africa came into existence. And this was also the first time the English, Irish, Scottish, and Welsh rugby unions officially formed a committee to select a touring side.

Before that, organising the tours had been pretty informal.

Where did the Lions name come from?

During the 1924 South Africa tour, the players arrived wearing ties with a lion motif, plucked from the UK royal coat of arms where it represents Scotland.

Journalists started calling the players “the Lions” after their ties. The name stuck.

Before that, they’d normally been called the “British Isles” team.

The 2021 tour will be the Lions’ third trip to South Africa since the country became a multiracial democracy in 1994 – in Archbishop Desmond Tutu’s phrase, the Rainbow Nation.

Archbishop Tutu himself played rugby as a schoolboy in Johannesburg and has afterwards been a lifelong ardent fan. He often sends messages of support to South Africa’s national team, and meets them on their arrival home from tours.

The Springboks are now a visible symbol of the country’s move towards racial equality and the ability of sport to bring people together, united under a common cause. 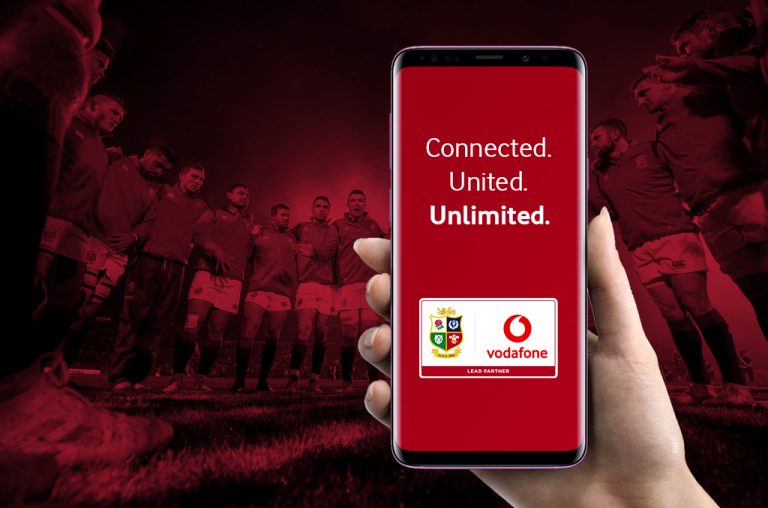 Similarly, the British & Irish Lions represent unity over division. Players who may have knocked seven bells out of each other in previous games for their national teams, have to work together as a team and overcome their individual sporting rivalries.

As Max Taylor, Consumer Director, Vodafone UK, said when announcing the British & Irish Lions sponsorship deal: “Nothing in sport unites us quite like the Lions. The team bonds nations that normally compete, unites families and friends and brings generations closer together.”

In 2020, coronavirus brought much of life, including sport, to a standstill. The remaining Football Premier League games were concluded behind closed stadium doors. The remaining Six Nations rugby competition is now scheduled to conclude in October. The 2020 Summer Olympics in Tokyo have been postponed to 2021.

So for many people, being able to look forward with relish to a Lions Tour to South Africa in 2021 gives them hope that the world will eventually return to some kind of normality.

• British & Irish Lions coach Warren Gatland OBE (below), a New Zealander, has also coached Ireland and Wales. His first tour as Lions’ Head Coach was to Australia in 2013, which resulted in a 2-1 victory against the Wallabies, the first series win since the 1997 Tour of South Africa. 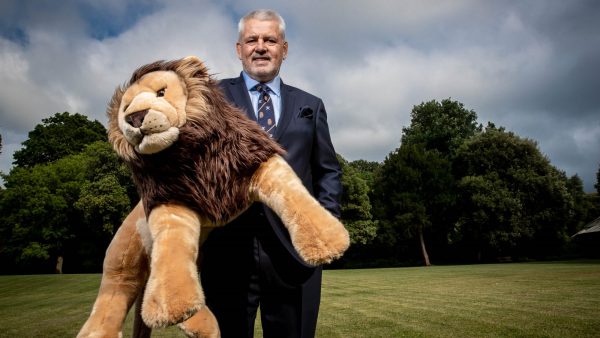 • The youngest player on the tour looks after the team mascot – a toy lion. The latest is called Bil (short for British & Irish Lions) who took over from Nineties stalwart Leo in 2013. Bil is carried out by the team captain on match day and placed pitchside.

• The Lions’ biggest ever win was 10-116 against Western Australia, in June 2001. Their biggest win in a Test against the hosting national side was 0-46 against Argentina in 1927. (Argentina hasn’t featured in Lions tours since the Second World War.)

• Overall, South Africa has won eight series to the Lions’ four, with one draw.

• The 1974 Lions went through their South Africa tour undefeated in 22 matches (there was one draw), in what has been called the greatest ever rugby tour in history. Their third test, in Boet Erasmus Stadium on 13 July before a crowd of 55,000, guaranteed them their best-of-four with a stellar second half and 9-26 victory. Lions centre, Dick Milliken, said later he had never seen such intensity on the rugby pitch. Making it even more impressive, South Africa had not lost a home Test series since 1896. 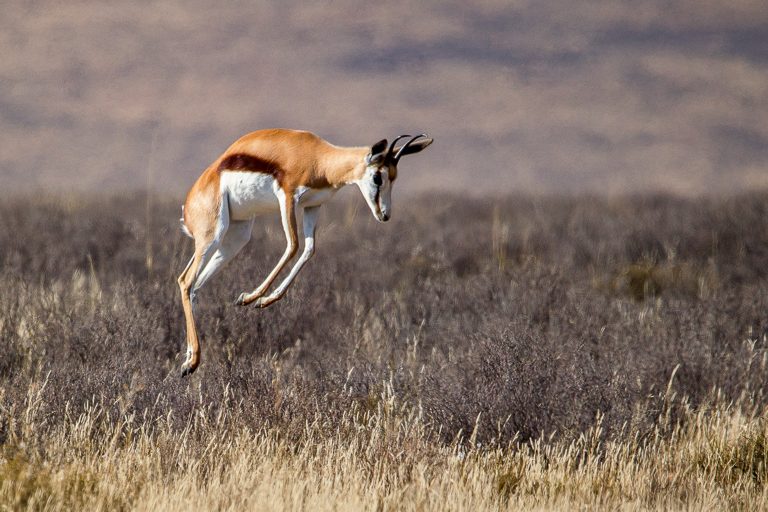 • The South African team ‘s nickname, the Springboks, refers to a type of gazelle native to Southern Africa which has a habit of leaping into the air – pronking – when alarmed.

• In 2001, before the Lions went to Australia, their coach Graham Henry told his players “you are not respected by anyone in the Southern Hemisphere. I know because I’m one of them”. (They lost, in the Lions’ first defeat by Australia.)