We've been working hard to make 'getting in touch' easier and speedier than ever before. Here's how we're revolutionising the world of customer service...

Back in June we brought you news of how we planned to revolutionise the world of customer service. While in days gone by you’d have to pick up the phone to get in touch with a service provider, we know that’s not good enough in a world of smartphones, smart homes and social media.

That’s why we’ve been working round the clock to make sure ‘getting in touch’ can mean whatever you want it to mean, and at a time, pace and place to suit you. Now that it’s been a few months since we launched a range of new customer experience contact methods, we thought it was time for an update – to let you know where we’re at, how things are changing, and what’s coming next…

Back in the summer, TOBi – the Vodafone UK chatbot – was focussed primarily on answering your questions. Since his debut, we’ve had him learning how to do much more, to the point where he’s now working on SIM only sales too! That means he can guide you through the process of choosing and selecting the right SIM only plan for you.
Better still, within the next few weeks he’ll also be able to support you end-to-end on your journey. That means he’ll be able to help you find a product, choose a product, and then help you through the process of checking out. And we know customers find this really useful. 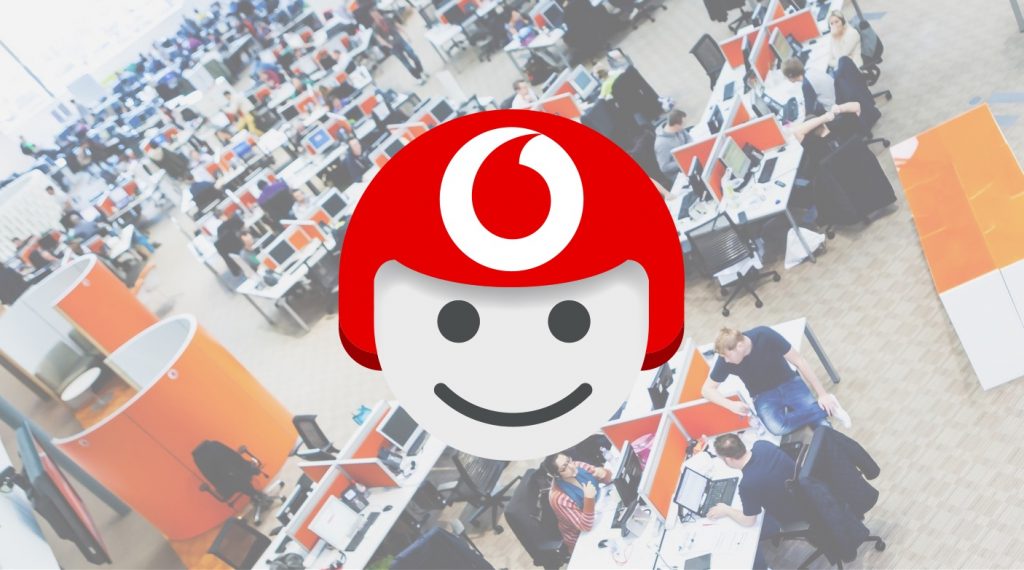 We constantly check in to see how TOBi is doing, using a score based on how easy it is to complete a transaction. In recent tests, TOBi scored a whopping 89/100! And, as there aren’t many other companies doing this kind of thing with chatbots yet we like to think of TOBi as something of a digital pioneer.
So what’s coming next for TOBi? Well, he’s only going to get smarter. For instance, because we know that 70% of all of our customers go to vodafone.co.uk from a mobile device, we’re going to let TOBi check your phone’s location and let you know if the store nearest you has the device you want in stock. You can also input whatever format you like for things like dates and he’ll understand what you mean, which is the kind of thing that takes away some of the hassle when it comes to filling in forms.
Also on the cards is a load of new places to chat to TOBi. He’s currently available on the Vodafone UK website and in the My Vodafone app, but he’s got Facebook Messenger in his sights too, so stay tuned.

Earlier in the year we made it super easy to get answers about your Vodafone account by simply asking Alexa on Amazon Echo devices around the house.
We’ve had about 3,000 customers (and counting) use this feature so far, with people using it around three times each week to get info on billing, charges, allowances, and a whole range of other FAQs. We’ve taken the top 50% of all questions asked on vodafone.co.uk and made them available through Alexa.

The feedback we’ve had is great too, with the Vodafone UK Alexa Skill getting four out of five stars in the store. But this is just the beginning. For example, we’ve just added a new skill which lets you ask Alexa when you’re due for an upgrade.
And next up? Google Home devices. We’re working to get Google integration out soon, which will benefit people with Google Home devices as well as anyone with the Google Assistant on their phones. And a great thing about Google Home is that the technology can distinguish from a number of different voices in the house, which means we can start allowing transactions like upgrades and top-ups to take place via voice.

IVR stands for Interactive Voice Response, which is a system that lets you use your voice to tell us why you’re calling. It’s really smart too, and able to tell what you mean without you having to use any specific phrases.
When you give us a buzz, it’ll ask you for a few words about why you’re calling. If you then say something like ‘I’d like to pay my bill’, the system will give you a confirmation prompt, and if you say ‘yes’, we’ll send you through to the right place.

“This has been speeding things up for customers when they call, and helping more get to the right place first time.”

This has been speeding things up for customers when they call, and helping more get to the right place first time. We measure its success based on transfer rates between our teams – where each transfer suggests you didn’t get to the right person straight away – and we’ve seen a big reduction in their number.
That’s great, but it’s one of those things that’ll never stand still. We do ‘tuning’ cycles for IVR all the time where we capture all the new reasons people have called us, put them through the machine and make adjustments.

Message Us: Customer service done at your pace

Message Us is a system built into the My Vodafone App, made for when you need help at a pace to suit you, rather than right away. It means you start a conversation with us via a messaging window in the My Vodafone App on your phone, and then dip in and out as and when you can. The thinking here is that if you’re not in a rush, it’s sometimes easier to fire off a message and wait for a response.
Message Us launched as a pilot in May with 200,000 customers and very quickly ramped up to 2.75 million by September. The aim of the pilot is to make sure everything’s spot on before rolling it to all of our customers, and we’re now up to 64 advisors who are ready and willing to chat via Message Us – we’re seeing around 2,000 conversations per day as a result.
Sometimes there’ll be a short wait, and sometimes we’ll get back to you straight away, but in either case, feedback from people using Message Us has been really positive, with people calling the service: “Extremely fast and helpful”; “Easy to use through app without having to ring up,” and that many issues are “sorted out immediately.”
Message Us is evolving all the time, though, so what’s coming up? Well, we’ll soon be introducing the ability to display media content in the messaging window. That’ll be really handy for things like showing price comparison tables between different plans, as well as device pictures and even how-to videos.
Overall, our changes to how you can get in touch and interact with your account are all about making our services available to you, how, where and when you want them. The principle here is to have all of our services in the apps and environments where you spend your time, and on your terms – and that’s something we’re only going to improve over time. Watch this space!