We've sent a group of the UK's top Instagrammers around Europe, tasking them with getting the most out of worry-free Vodafone 4G. Here's what happened... 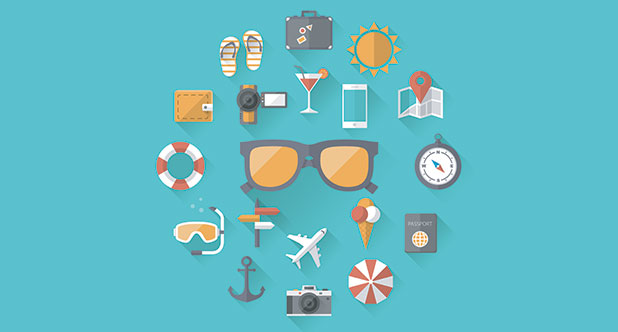 When you join Vodafone UK, you’re joining a network that offers you more whenever you go abroad. That’s because we offer a huge number of roam-free destinations  that let you use your home plan on holiday, at no extra cost.
But you needn’t just take our word for it. We recently sent some of the UK’s best-loved Instagrammers – Hand Luggage Only, Steve Booker and Grace Victory – packing, giving each of them under a week to explore some of Europe’s hottest hotspots. And to make the most of our 48 Roam-free destinations in the process…

The best network for roaming

When you take your Vodafone phone away on holiday to Europe, you can rest easy knowing you’re taking a fast, reliable connection (and your UK minutes, texts and data) with you for no extra cost – in 48 destinations. New and upgrading Red Entertainment plan members, meanwhile, can now do that in a whopping 77 destinations worldwide thanks to Global Roaming Plus.
Going even further afield? No problem! We offer 4G in a class-leading 137 destinations around the world. That’s more 4G roaming destinations than any other UK network and, what’s more, we will never throttle your connection unlike some networks, so you will always have access to the best available service on your travels.

We think all that makes us the best UK network for roaming, but we also think it’s something worth taking advantage of before the summer draws to a close. That’s why we’ve been sending some of Instagram’s best known bloggers out and about around Europe, inspiring them do more with their phones as part of a crossover event we’ve called the #RoamingRelay.
Over the past month, Hand Luggage Only (AKA Yaya & Lloyd), Steve Booker and Grace Victory have been passing the roaming baton around Europe – from Lisbon and Venice, through to Bucharest and Rhodes – just a handful of days each to use Vodafone 4G to the max. Here’s how they got on…

Destinations: Venice, Vienna, Prague, Budapest, Bucharest
4G phone use: 322MB of browsing, 1GB of NOW TV streaming, 5.GB of total data roaming
Steve and his wife Alexia toured Venice, Vienna and some of Eastern Europe’s most beautiful cities and waterways on their leg of the relay. And drank lots of coffee, of course. The two even found time to stream some educational Amazon Prime Video while boating down the Danube river! 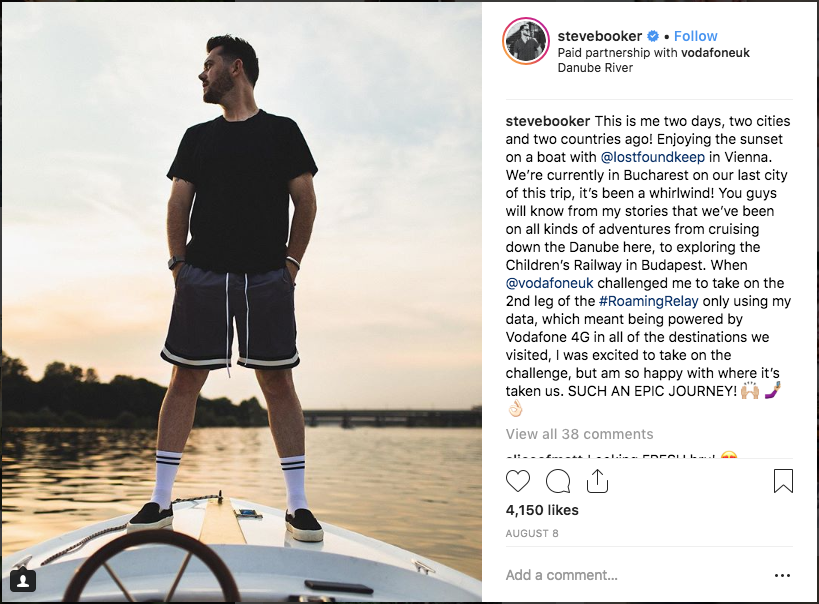 Destinations: Bucharest, Thessaloniki, Crete, Rhodes
4G Phone use: 2.9GB of video streaming, 3GB of Instagram usage, 6.7GB total data roaming
Grace picked up the #RoamingRelay baton from Steve in Romania, before exploring the best of what Greece has to offer – using Google Maps and Tripadvisor as her guides. Video calls atop ancient fortresses and live beachside AMAs were among her many 4G challenges, until she found herself at the end of the trail, watching the sun set in Rhodes at the #RoamingRelay’s finish line.

And that’s it: three superstar Instagrammers, a whole heap of destinations and one consistent 4G connection: the first ever Vodafone UK #RoamingRelay is in the bag!

Want to see more? You can check out our coverage of what went down over at @VodafoneUK on Instagram!