Five facts about how we fix your phone

Inside Vodafone's repair centre 500 engineers are waiting to diagnose every damaged handset - and sometimes they can fix it without even seeing it.

Playing your favourite bird-flinging game and lose your grip? Running for a bus and run out of pavement? Your phone’s going to take a tumble. We feel your pain. It can feel like the end of your world when your phone is out of action.
Whether your handset is in pieces, the screen’s cracked or it simply won’t turn on our repair service will get your mobile up and running again in a matter of days. Vodafone’s UK Repairs Manager, Jonathan Leonard, is the man wielding the screwdriver – and he told us five surprising facts about how we fix phones:

Tempting as it might be to throw a broken phone on the floor and jump up and down on it in frustration, the smartest thing to do is to speak to one of our experts. You can do this by dropping into one of our stores, or by dialing 191.
They will quickly make a decision about the next step. As Leonard points out, “Before we even get to the stage where you need to have your phone sent away for repair, we try to see if we can fix it there and then.

“Around 40 per cent of devices, or 50 per cent of smartphones, can be fixed without any components being changed.”

“Our experts will check that there is nothing wrong with the SIM card, that there are no network problems in the area you tried to use it, and that the issue is not due to user error. Often, fixing something as simple as lots of apps running in the background can help, by reducing drain on the battery and improving performance.”
“Around about 40 per cent of devices, or 50 per cent of smartphones, can be fixed without any components being changed.”
Sometimes, our engineers can get a phone back on its feet simply by “re-flashing” it: the process of upgrading its software to the latest version. They might never even need to touch it.

Your phone arrives at the Vodafone repair centre at 4:30 am

If your mobile can’t be fixed there and then, it will need to be sent away to our repair centre. We have a team of 500 engineers working around the clock to ensure that your phone is fixed as quickly as possible. 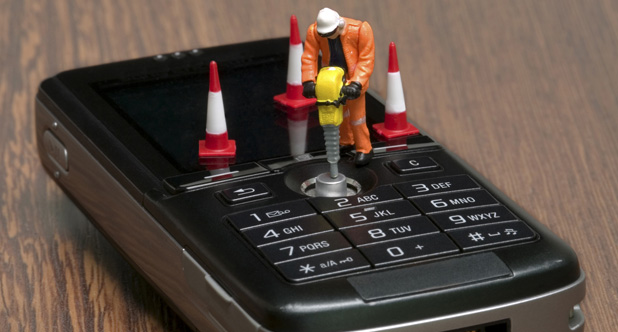 If you’ve dialed 191, a special postal repair pack will be sent out to you, so that you can safely package your phone up and send it to us by recorded delivery.
If you’ve stopped by one of our stores, the phone will be picked up the same day, and delivered to our repair centre at 4.30am the following morning where an engineer will be waiting to fix it.

We know that being separated from your mobile is a serious inconvenience, so we hit the ground running. Our smart logging system means an engineer will have been pre-warned about your phone’s arrival. They’ll know the phone’s model number, what the problem is and – invariably – will know how to fix it before they even open the box.

Only a manufacturer-trained engineer will ever touch a handset

As Leonard explains, “The engineers are manufacturer-specific. So one engineer will only ever deal with Nokia phones and another will only repair Samsung handsets and, if it’s a high-volume device, the engineer might specialise in fixing just one specific model.”
The result of this intelligent approach to repairs is that your phone will be handled by a specialist who you can trust completely to fix the problem as quickly as possible, and often they’ll fix several problems at the same time, some of which you might not have known were there in the first place. 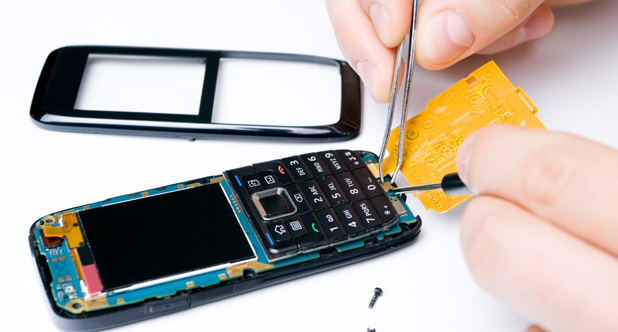 Our engineers work in laboratory conditions, to ensure that dust and dirt won’t get into the circuit boards of your phone. All data on your mobile will be wiped to protect your privacy – which is why we advise people to back up their content and contacts before sending their phone off – and when it’s back to full health we’ll cover the handset in protective tape to ensure that it can’t be scratched on the return journey.
“We’re very particular about looking after the customers’ phone and all of our engineers treat it as if it’s their own,” Leonard says.
Once it’s been repaired, your phone makes its final journey to a screening area where it’s quality checked. The engineer will power it up and make a phone call before carrying out a series of checks, including radio frequency testing, to ensure it’s fully functional. Lastly, it’s packaged up and sent we back to you.

Your phone will be back in your hands within two days

“We’re actually seeing a decrease in the volume of phones being sent to our repair team. We repair about 50,000 phones every month, that’s about 600,000 repairs every year, and that figure is less than in years gone by,” Leonard explains.
Why is this? “In general, today’s phones are more reliable than in years gone by and this, combined with increased levels of customer knowledge about how devices work and the ability for our stores to apply software-based fixes, means there is less need for phones to be sent away for repair.”
“Obviously a physical issue, like a cracked screen or damaged components, still requires us to have the device in our repair team’s hands, but the average turn around time for repair is less than two days and customers with Vodafone Cover Me insurance can get a courtesy phone to keep them connected while their phone’s away from their side.”
For more information on the Vodafone’s phone repair services, visit our online help centre at http://vodafone.co.uk/help