Would you know if your child was being bullied online?

Anti-bullying week is an annual event held in the UK that aims to educate children and parents about bullying. Vodafone’s Digital Parenting Magazine offers expert advice on how to recognise cyber-bullying and the steps to take if your child is a victim.

A recent report commissioned by Anti-Bullying Alliance found that children across the UK are bullied daily “with nearly a quarter (24%) saying they have been bullied once a week or more during the last six months”.

And there’s no doubt that the rise of social media has made it easier for bullies to find victims, and harder for victims to escape bullies. What makes matters worse, cyber-bullying offenders can remain anonymous online which makes them think that they can slip through the net.

According to the survey, nearly a fifth of children have steered clear of social media or online gaming in an attempt to distance themselves from bullying behaviour.

What is equally concerning is the number of children who have actively missed school (11%) or have changed their route into school (14%) due to fears of being bullied. The same survey found that children feel it’s the responsibility of adults or people with influential social media platforms who should be tacking this problem head-on.

Children can communicate instantly with each other in a wide variety of ways these days – whether through messaging apps, online gaming, social media, or via the more traditional methods, such as texts or calls.

Having direct access available at their fingertips offers up many positives – simple things such as arranging a kick around at the park, or a sleep-over at a friend’s house, for example. 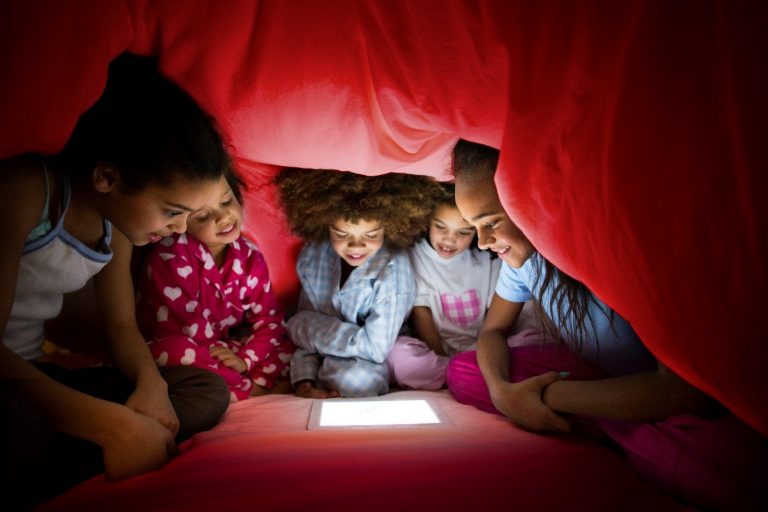 But it’s also true to say that direct access permits children to use technology as a means to send, and receive, abuse or harassment over the internet wherever they happen to be. Sometimes it seems like there’s no escape.

So… what can parents do to protect their kids?

Anti-bullying campaigner Alex Holmes gives us his opinion on how a parent can take positive action if their child is being affected by online bullying.

“First and foremost, make sure your child knows that telling you about it is 100% the right thing to do, and reassure them you can help deal with the problem,” he says.

“Ask them to show you any comments and messages that could be used as evidence of bullying. This can help when trying to block and report the bully, or if talking to your child’s school about it.”

If you want advice on how to talk to your child about bullying, or for further tips on how to act, take a look at Vodafone’s Digital Parenting Website.