Long read: How do you decide the perfect phone screen size?

These days you can find mobile devices in a range of sizes, but is there an optimum size for a smartphone? Join us as we endeavour to find out… 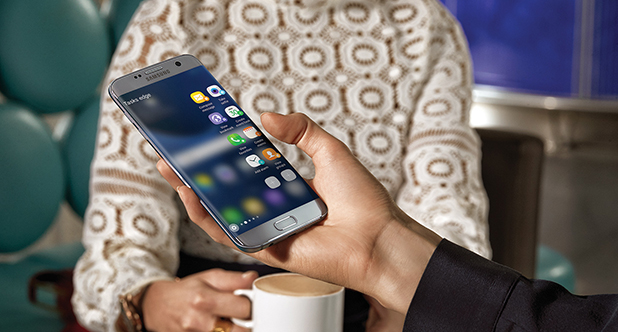 Let’s kick things off with some great news: both the Samsung Galaxy S7 and S7 edge are now available to buy from Vodafone UK! But with each phone sporting a different size and shape, how will you decide?

It’s a big question, and one that goes way beyond just Samsung phones. These days most major manufacturers have offerings in a variety of sizes to suit every hand size, but is there an optimum size for a smartphone? Join us as we endeavour to find out…

What do the world’s biggest mobile manufacturer’s think when it comes to the perfect phone size? Apple’s original iPhone, widely credited for forging the current smartphone landscape, launched with a 3.5-inch display and stayed with it for several years. The late Steve Jobs was famed at the time for lambasting larger handsets. “You can’t get your hand around it,” he said of a larger-screened rival. “No one’s going to buy that.”

But a lot’s changed since. Once Android devices from Samsung, LG et al found popularity thanks to their big, beautiful displays, the entire smartphone market soon shifted towards larger devices – even Apple, which now has the 5.5-inch iPhone 6s Plus in its ranks. In 2016, the idea of a smartphone proffering a 3.5-inch display is near laughable.

But just how big can things get? It’s a subject we’ve broached with manufacturers before here on Vodafone Social, many a time. Samsung, for example, has always been a champion of big-screened phones. In 2014 Samsung’s James White said that “Samsung has always been at the forefront of driving what some people call the ‘phablet’ category.” Adding that the rationale was “all about the immersive experience that you get from a larger screened device.”

Then last year Andy Griffiths, when explaining the thinking behind the S6 edge+, told us that “devices with more than-five-and-a-half inch displays are incredibly popular.”

Google’s Nexus devices, meanwhile, which are always supposed to represent the forefront of Android technology, have grown way beyond the 5-inch mark and (despite a small shrinkage between the Nexus 6 and the Nexus 6P) have stayed there. “The amount of user interest in larger screens is increasing,” Motorola’s Nick Muir told us in 2014.

“Consumers now seem much more comfortable with a flagship phone being at least a 5-inch device. Previously, that was considered to be the maximum in terms of being comfortable to hold, but because of our ability to reduce the size of the phone while maintaining the size of the screen has improved, our design requirements can be stretched further now.”

2015’s Nexus 6P may have shrunk from the Nexus 6’s display down a tad, but 5.7-inches is still undeniably on the large side. Huawei’s Rhys Saunders told us that was for good reason: “In recent years we’ve seen that 6-inch devices – whether it’s the previous Nexus device or previous Huawei devices – have been perceived as being slightly too big. That size device doesn’t fit in the hand quite so easily,” he said.

“We felt that to maintain a good size and shape on a handset while offering everything we want to in terms of viewing experience, we needed to shrink the screen back down slightly to 5.7-inches.”

So one thing’s clear: there’s no obvious right answer when it comes to the question of phone screen size. Each manufacturer comes at the problem from different angles, whether it’s a slow fine-tuning of size and screen-to-body ratio, or simply – as is Samsung’s case – by offering lots of choice.

The science of smartphone design

Ok; so we know from the S7 and S7 edge that plus 5-inch displays are here to stay, but what does science have to say about the optimum phone size? To find out more we’ve been speaking to ergonomics expert Professor Alan Hedge from the Department of Design and Environmental Analysis at Cornell University. His work focuses on ‘Human Factors and Ergonomics’, and it’s something he’s got more than 20 years’ experience in.

The big question? How well represented are the ergonomics of our hands in modern smartphone design? Dr Alan tells us that phones remind him of a design classic, and for good reason:

“The shape of the modern smartphone is very similar to that of the handheld pen case designed by Henry Dreyfuss associates in New York, some 50 years ago,” he says. And he’s not wrong; if you take a look at the below image, you’ll see the similarities in terms of size, shape and curved edges: 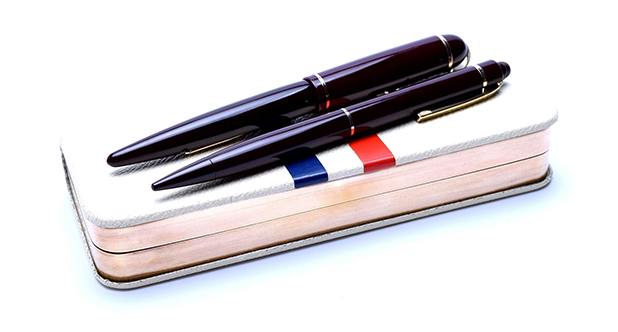 Why’s that? Simple: because when everyone’s hands are different sizes, good design becomes an issue of finding the middle ground.

“Hand sizes vary enormously,” says Dr Alan, “so most phone are sized to fit most hands, albeit not precisely. Obviously no phones out there are adjustable in size, to better fit hands, and there is an issue that with phones getting larger, they can be more difficult to use for those with small hands.” But that’s not to say that our phones should shrink back down. “There are trade-offs,” he tells us.

“A larger phone gives more screen real estate and a larger keyboard, which makes it more usable. But a larger phone is also more difficult to hold, especially for ‘at-ear’ phone calls.”

Get this wrong, and there can even be health problems.

“‘Texter’s thumb’ is a fairly common complaint that affects up to one in three frequent texters, while the extreme neck flexion from looking down at the screen can also cause neck and shoulder problems, as well as potentially injuring the median and ulnar nerves as they exit the spinal column at the neck.”

Unfortunately, Dr Alan believes that there’s no obvious answer. Or at least, not one that phone makers can reach themselves…

“There is no single answer to this any more than saying what is the optimum shoe size,” he tells us. “There are possibilities for having different sized or shaped phone cases, but really everyone should hold a phone and try using it for phone calls, texting, viewing and browsing to determine how comfortable it feels for them.”

If you can’t get out to a Vodafone store to do that, you could always pop over to PhoneArena.com’s awesome phone size comparison section. They’ve got every major smartphone mapped out, ready to sit side-by-side so you can see how big each one is. And better still, you can configure the tool so that each handset is shown in its true, 1:1 real life size.

But then hardware is only one side of the story…

“As someone who thinks some mobile phone screens are already too large to be comfortably useable I hope they’re not going to grow much more.” That’s Stuff.tv’s Deputy Editor Tom Wiggins’ view, but what does he think is the answer?

“I think advances in user interface (UI) navigation will hold the key to how much bigger phones can go,” he says. “A switch to completely gesture-based navigation, rather than relying on users being able to stretch up to buttons at the top of the screen, would allow manufacturers to increase screen size without sacrificing usability.” 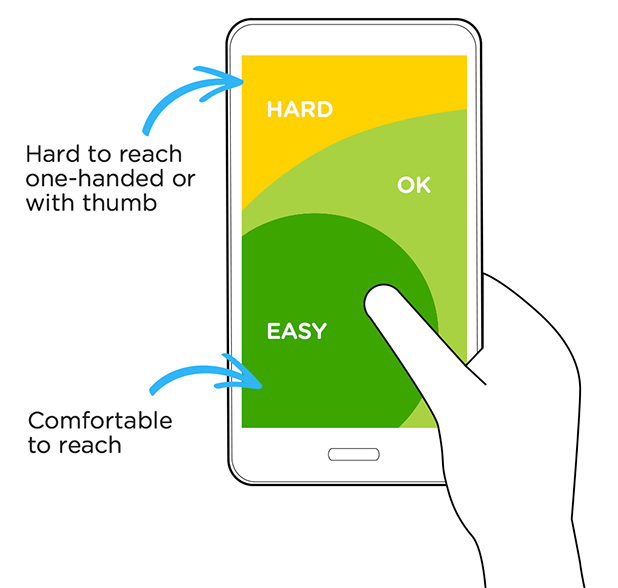 Thankfully, adapting smartphone software to help us all use our phones better is something lots of manufacturers and app makers are already doing. Apple, for example, has implemented the ‘Reachability’ feature on every handset from the iPhone 6 onwards, where a double press of the home button will bring the top half of the phone down to meet your digits. Likewise, most phablet phones will let you set the on-screen keyboard off to the left or right for one-handed use.

Luke Wroblewski, a product designer at Google with a keen interest in ergonomics and software UI, looked into the subject in his Designing for Large Screen Smartphones blog. In it, he said that “75% of people rely on their thumb and 49% rely on a one-handed grip to get things done on their phones.” And he went on to assert that the ‘action’ buttons within apps should be moved from the top left (where they’re usually found), to a more useful spot.

“Floating action buttons are a special type of promoted action and stick out above the rest of the UI,” he said, alluding to the buttons found in Google’s Material Design principle for Android Lollipop (and upwards), which sit around the space your thumbs occupy.

So smart software design can make a big difference when you’re using a big phone, but what do you think? How big is too big?

The hands have it

Time to get involved. What’s your favourite phone size? Think smaller is better? Or is more screen estate paramount when you make your phone-buying choice? We’re keen to know where the divide sits.

Ready to make a choice? The Samsung Galaxy S7 and S7 edge are both available to buy from Vodafone UK right now. The S7’s got a 5.1-inch display, while the edge boasts 5.5-inches of pure AMOLED goodness. But which will you go for? It’s the moment of truth. Happy handling!