Can you tweet for a living? We've been chatting to Rob Temple – author of Very British Problems – about how to create a comedy Twitter feed that could change your life... 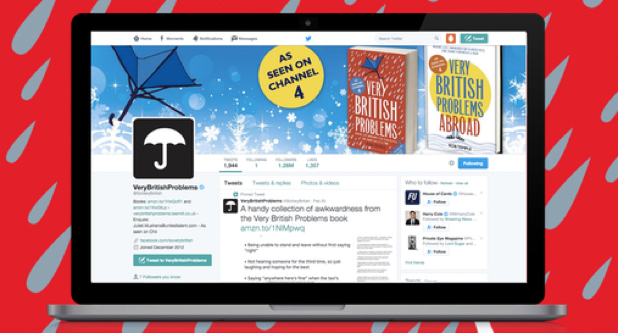 Can Twitter make you a living? With numerous popular accounts landing book deals, sponsorships and even TV shows, that’s a question lots of people might be asking right now. To find out if it’s possible, we’ve been speaking to Rob Temple, creator and author of online phenomenon Very British Problems (@soverybritish).
It’s become a fully-fledged career for Rob, but how did he grow the account to such heady heights? And how did he first get into the world of novelty Twitter accounts? As is only too apt, Very British Problems had pretty humble beginnings…

“My editor at the time said that – as a writer for a tech magazine – I should really be on Twitter,” Rob says, modestly. “Another friend inadvertently suggested the idea. He had sent me a funny list of about 20 or so things that only Brits do and my first thought was: ‘there’s far more than 20!’ So I started thinking of some more. It’s the kind of thing I was already writing for magazines, so it seemed a natural thing to do.
“And so over Christmas 2012, when I was at home visiting my family, bored on my dad’s computer, I set up @SoVeryBritish. But I had to do it quickly,” Rob adds, “because it was 10pm and he wanted me to go to bed. I’m 32.”
But it takes much more than a good premise and a free computer to set up a top quality novelty account. For Rob, his journalistic experience was aided by years of soaking up the best of British comedy:
“The first comedian I really got into when I was young was Jack Dee,” he tells us. “I think he’s had a lasting impression when it comes to deadpan misery – the kind of humour I enjoy. I love how British comedy has always been about people trying to get out of miserable circumstances, and nearly getting there only to have it all go wrong. Usually met with a resigned ‘typical’ at the end. Fawlty Towers, Only Fools & Horse, The Office… All that stuff has the same basic feel. VBP is all about awkwardness and inevitable disappointment, and I guess the British comedy I grew up with is a big inspiration in that regard. That kind of attitude is ingrained Brits from birth.” 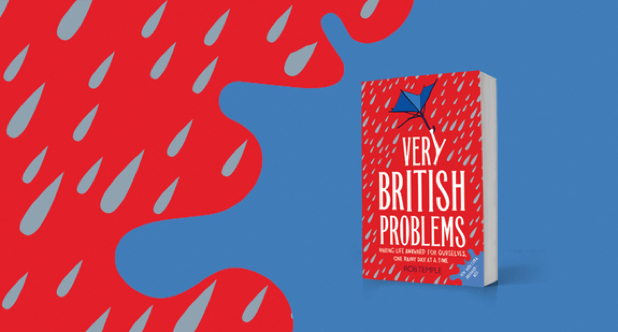 And then the followers started to roll in. Or, as Rob puts it: “It just went bananas.” Thanks to its dry wit and a few high profile retweets, the account picked up 1,000 followers in a day, and by January it had 100,000 followers,” Rob explains. “That same month, literary agent Juliet Mushens contacted me out of the blue and suggested we make a book out of it.
“There’s now two books, a T-shirt range, a TV show and lots of other stuff in the pipeline. The Twitter feed is now at 1.2m followers, which is great seeing as it’s still just a joke or two about queues and the weather a day. It really just snowballed. None of it’s been sought, or bought, it just strikes a chord.
“It’s called Very British Problems, but a lot of them are really just Very Human Problems,” he adds. “Anyone can relate. Most of us are awkward creatures, and in Britain especially we love focusing on these traits. We get a kick out of highlighting how odd we are. I don’t know why!”

So on to the big question: could you replicate Very British Problems’ success?
“I don’t see why not,” Rob says, joking, “as long as books and the need for last-minute Christmas gifts for your brother-in-law continue to exist. In truth, I never expected to land a book deal or a TV show. I started the feed because I was bored, as simple as that. So it’s very unexpected but very welcome.
“That said, I think a successful anything should be a road to some reward. If you work hard at building a brand and put all your efforts into it, you’d hope you weren’t doing it for nothing, even if it is a labour of love. Anyway I have to go now, my private jet is waiting.”

Fancy having a go yourself? All you need is a great idea, an eye for comedy, and the patience to see it though. Oh, and Rob’s essential Twitter dos and don’ts:
1. Write often, and write lots
“I think it helps if you’re experienced as a writer (I was a journalist for a decade before starting the feed). Come up with an idea that appeals to a lot of people, and keep an eye on quality.”
2. Don’t flood people’s feeds
“You don’t want to bombard people with loads of tweets as it’ll bore them. I tweet about once or twice a day, but mainly that’s because I write them all myself and each one-liner takes quite a lot of honing. I wouldn’t be able to put out loads and keep them to a quality I’m happy with.”
3. Do not feed the trolls
“Don’t get into conversation with trolls. Some people will not like your feed – who cares, that’s their right. Just let them get on with it. You don’t see big brands getting petulant because someone tweets them saying ‘your product sucks’. Don’t tweet drunk either!”

“Don’t get into conversation with trolls. Some people will not like your feed – who cares, that’s their right.”

4. Play nice
“If you get a big number of followers then people will steal your jokes. It’s annoying but there’s not much you can do. Don’t steal other people’s jokes back, though; it’s not cool (use the retweet button now and then instead). Twitter users can be cruel: even if you don’t steal anything, you’ll probably be accused of it. But again, there’s not a lot you can do, so a thick skin is a must.”
5. Choose offers carefully
As a big account, you’ll occasionally be asked to plug products – big and small – for cash. It’s up to you whether you do this but it might upset your followers. You don’t want to lose your integrity by doing loads of ads for cash.”
6. Don’t take things too seriously.
“People tend to think you’re going to be a lot like your brand in real life. I meet people who assume I’m going to be obsessed with tea and wearing a bowler hat. Whereas I hate tea and I rarely even wear trousers.”

Ready? Here are our top tips on how to take better smartphone pictures.