iPhone filmmaking: ‘Tangerine’ Director Sean Baker reveals how to shoot an award-winning movie on a smartphone

Can you make a proper movie on just an iPhone? Award-winning director Sean Baker thinks so. Here's how he did just that for his film Tangerine... 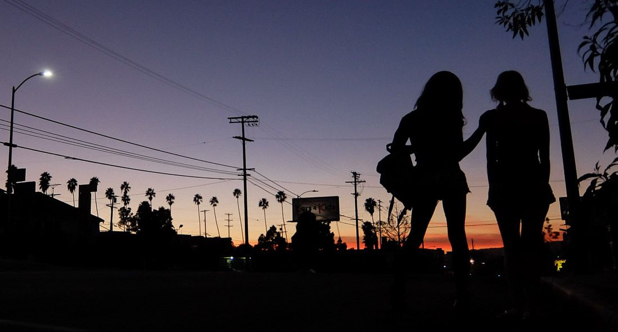 The cameras on our smartphones have gotten really good. But did you know they were good enough to take on Hollywood? It’s true: Tangerine, a new drama about the LA trans community that bagged Sundance Film festival Official Selection status, was shot from start to finish on iPhones. In this exclusive blog, the movie’s director Sean Baker reveals how you could do the same. Over to you, Sean…

I’m digital Cinemas harshest critic. I love the look of celluloid film. So why shoot Tangerine on an iPhone? It’s a good question, but in truth there were many reasons, and they all seemed to come together at the same time…
First and foremost, the decision came from a place where we were forced to look for alternatives to the higher end, professional cameras because of our very low budget. At the time – we shot about a year and a half ago – even shooting the movie on low-end DSLRs would have been out of our budget, as that would mean we’d have to have had extra crew members.
Luckily, I came across a company called Moondog Labs, which was experimenting with an anamorphic iPhone lens adapter that allows you to use your iPhone in cinemascope widescreen. I saw that and thought ‘ok – that’s something we could use.’ 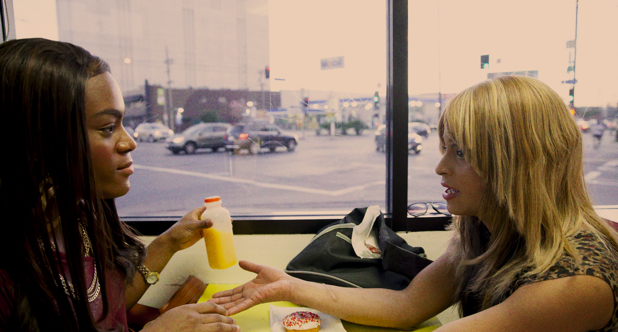 On top of that, we found an iPhone app called Filmic Pro, which allows you to shoot in cinema-quality 24 frames per second with a fixed aperture and zoom, and with a higher quality compression rate than normal. We used that in combination with a Steadicam for iPhone called ‘Smoothee’, and that was necessary because an iPhone 5s doesn’t have its own internal image stabilizer, and no matter how steady handed you are, the human hand will always shake.
So we started to do some tests and to see if it was the right thing to do, and once we started to accept that it was, then all of the iPhone’s benefits started to hit home. For example, because we were making a realistic film about street life, the kind of documentary-esque style Apple’s iPhone camera gave us was perfect. iPhone has no intimidation factor to it, too, either for first time actors or two people on the street. It’s a communication device before it’s a camera after all, and that made our whole workflow pretty painless and easy.
There were downsides, though. We didn’t even have external monitors for one thing, so we were squinting the whole time into the iPhone’s screen. The iPhone’s monitor *was* our monitor, so we’d just have to imagine what the final framing would look like in a lot of cases. And there’s one big thing iPhone can’t do well by itself at this level: sound. 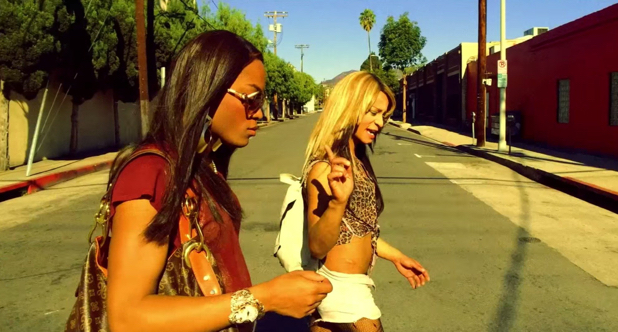 It’s hugely important for me to get high quality sound – especially on a low budget production. Typically, people will accept low quality visuals, but they won’t accept low quality audio. Because of that, we had to record the sound like any other production records sound. To that end we hired a wonderful sound recorder call Irin Strauss; if you saw a shooting across Santa Monica Boulevard, the only giveaway that we were professional was Irin’s boom pole. He had a full professional sound kit, and so we were able to sync everything up in post production.

So what else did we do in post? The main thing was that we really oversaturated the film’s palette – we pumped up the colours. Why? Because of the setting. At first I thought we were going to desaturate things. I’m very influenced by British social realism in film, and those movies all have a very monotone, grayscale colour palette. They desaturate things a lot, and I think it’s because audiences tend to associate that kind of desaturation with ‘reality’. But in our initial test when we did this something about it didn’t seem honest, and I think it was because the girls’ personalities are so colourful, and the Los Angeles sun in so colourful.
We wanted to represent the world that we’re immersed in correctly, so we oversaturated them and suddenly everything felt right. Lastly, we also added a film grain effect, because that helped even things out and helped us move away from that digital look. I did everything I could to make our digital files look like they had been shot on real film.

I often get asked what my advice is to anyone wanting to recreate what we did with Tangerine, and the biggest tip is to allow the phone to show you what sort of benefits it can provide for your style of filmmaking. See what kind of benefits phone photography has, and exploit them. We were a few days in to production before I realised we needed to start exploiting those benefits – the freedom of movement with the camera, for instance – more.
The other thing I would say is please take sound seriously – don’t just record sound from your iPhone. Do it professionally and it will make all the difference in the world. 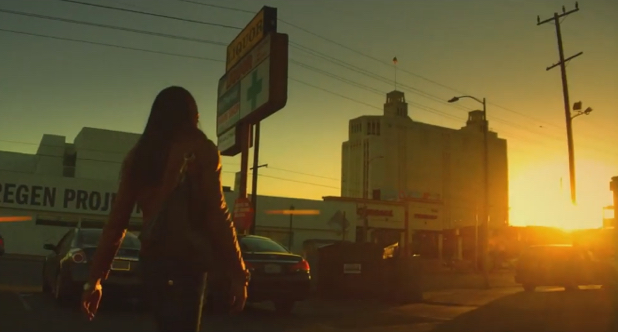 But I think the biggest obstacle to overcome is more about an ego than technology. Once we got past the fact that we were shooting on something that felt slightly amateurish, then we were ok. You’re not shooting with 35 millimetre film, but that’s fine. So get past your ego and embrace the benefits that come with shooting on an iPhone – there’s so much to experiment with and, in the end, this kind of technology means you can create your own aesthetic. The amount of content out there is just overwhelming, but at the same time I truly believe in the old saying that ‘the cream rises to the top’. If you make a film and it’s good, it will be seen, regardless of what you shot it on.
Tangerine came out in the UK on November 13, 2015. You can find out more at http://www.magpictures.com/tangerine/