Attendees at the latest Vodafone Return to Work Careers and Skills fair share their feelings about trying to return to work after a career break.

Samira Anjary Jiwaji (pictured above) used to live in Paris working for NDS, a pay-TV encryption technology company. She moved to the UK 11 years ago after falling in love and getting married. The couple had a baby boy not long after. Now that her son is nine, Samira says she has been tentatively getting back into work in the charity sector.

This wasn’t easy, she admits.

“You have that inner voice telling you you’re not good enough,” she says. “And it only takes one traumatic experience to make things worse. But I have found getting back to work very fulfilling, and these experiences have make me much stronger as a person.”

Many of us dream of the day that we’ll throw off the obligations of work and stride out of the office, never to return. Just as many people, however, can’t wait to get back into the world of work. Both women and men take career breaks for many reasons, from starting a family to taking care of a sick relative or loved one.

Returning can be daunting though, whether you’ve been away for 12 months or eight years. That’s where Vodafone UK’s Return to Work Careers and Skills events come in.

Attendees at the Return to Work events get a range of practical advice on how to resume their careers, or embark on a new one, after a break. Organisations such as the Government Equalities Office and Vodafone’s own Digital Ninjas squad – experts in the latest workplace software – as well as recruitment agencies such as Hays and 2to3days, the recruitment agency specialising in jobs with flexible working, host seminars and workshops. 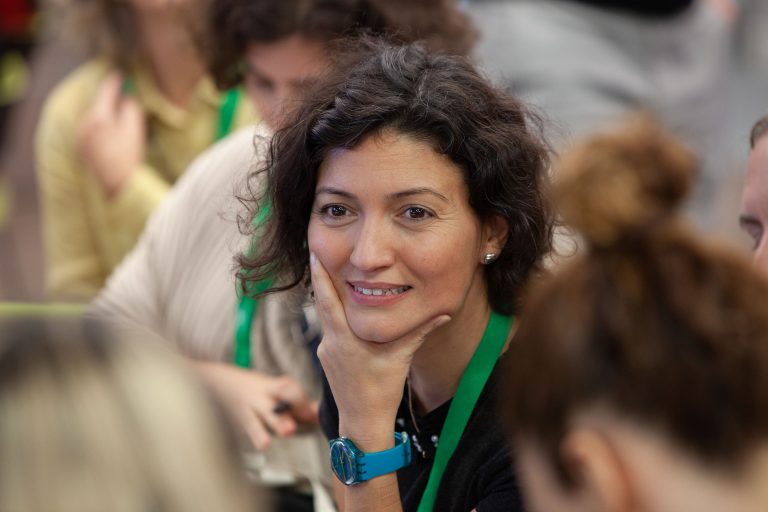 The Return to Work events aren’t just about negotiating flexible hours, polishing CVs and practising interview techniques – important as they are. An equal amount of emphasis is placed on rebuilding confidence and self-belief. Returners often doubt the relevancy of their own experience and skills, despite their clear value.

A lawyer by training, she joined the advertising industry and worked in both Singapore and New York for several household names in cosmetics and tourism. After the birth of her fourth child, she left full-time employment but soon co-founded a gin distribution company in Singapore with the help and backing of friends. This gave her the flexibility to mould working life around her family commitments.

Despite this wealth of experience, Cheryl doubted her own expertise and skills following a move to London where she’s considering returning to full-time employment. Those doubts were put to rest by Return to Work, she says.

“Do I really have the skills that people want? That can dent your confidence, so it was good to hear that everyone else feels they don’t have the right skills either and that there are people out there willing to help you improve your skills!”

Cheryl was both surprised and relieved at the diversity of the other attendees.

“It was a bit daunting to think that I might walk into a room full of 30-year-olds and feel out of place! There was so much great advice.”

The most recent Return to Work events took place in October 2019 at Vodafone UK’s London offices, but these weren’t one-offs. The inaugural event was held at Vodafone UK headquarters in Newbury, west Berkshire, in 2018. Vodafone UK has also committed to hiring 1,000 returners within three years through its ReConnect recruitment programme. It just doesn’t make sense to squander valuable talent.

Return to Work and ReConnect are open to everyone, but it’s clear that many returners will be women. These two initiatives aren’t the only ways in which Vodafone UK is pursuing the goal of gender equality. From efforts to increase the number of women in senior leadership roles to our programmes encouraging more girls to pursue STEM careers, Vodafone UK is committed to equality.