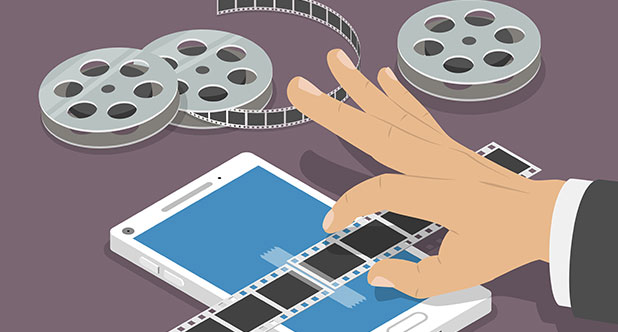 Ruben Kazantsev describes the smartphone as “the only camera that allows you to shoot, edit and share with the world from a single device”. And, as co-founder of the iPhone Film Festival and soon to be launched Mozi Film Festival, it’s something he knows a thing or two about.

Keen to dabble in videography without investing an arm and a leg? Read on for Ruben’s advice… 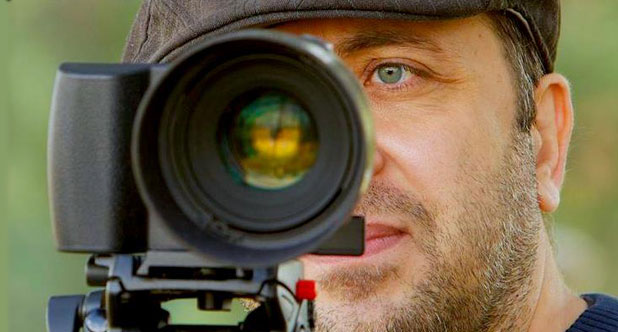 When Ruben started filming, the first smartphone was but a glimmer in an Ericsson exec’s eye. But, with a passion for both film and technology, it would inevitably become a major part of his movie-making future: “I created my first film in the 1980s using a VHS camcorder. In the early ‘90s I got involved in technology,” Ruben explains. “It was this background that led me to the idea of the iPhone Film Festival”.

That was 2010, but when Ruben initially entered the industry, the cost of equipment was steep:

“When I started in the business, you needed to make a serious investment in camera gear, lighting and other equipment just to shoot a simple movie. And you might only get to use your setup a couple of times a year. So, unless you were a full-time filmmaker, it could be hard to justify the expense. But, these days, most of us already own a smartphone or other mobile device; and it comes with an excellent video camera as part of the package. So, you don’t have to go out and buy lots more stuff to shoot movies.

“There are thousands of talented people who don’t have the same resources or equipment as major companies do to create a film,” says Ruben. “But when they get an iPhone or other mobile device, it’s like having a portable studio in their back pocket. And they can do some amazing things with that. Our goal with the iPhone Film Festival was to provide an outlet for their creative energy and a vehicle to share their skills with a world audience.”

Is it really as simple as owning a smartphone?

Short answer – yes. While the iPhone Film Festival’s scope has broadened to include projects shot with different smartphones, tablets, action cameras and other consumer devices. Ruben says a smartphone or device with a camera is truly all you need:

“Entrants can supplement their mobile device cameras with accessories such as lens kits, tripods, microphones and external lights. They can also use any software for video recording, editing, colour correction or special effects. However, you don’t need to spend millions for your film to look like a big budget production. And if you want to give your movies a professional production feel, it’s easy to add those extra lenses, accessories or software without breaking the bank,” he says.

“After all, what is film making but telling a story? The smartphone is the device you need to get your movie seen by thousands.”

But the benefits of smartphone movie making are more than just the cost:
“Smartphones are excellent movie making devices in their own right,” Ruben explains.

“They’re small, light, simple to use and deliver excellent video quality. Best of all, you can bring all of your gear along with you in a regular backpack and set up quickly in new locations. You’ll also find that the people who appear in your movies usually react more naturally around an iPhone than they do with larger hardware.” 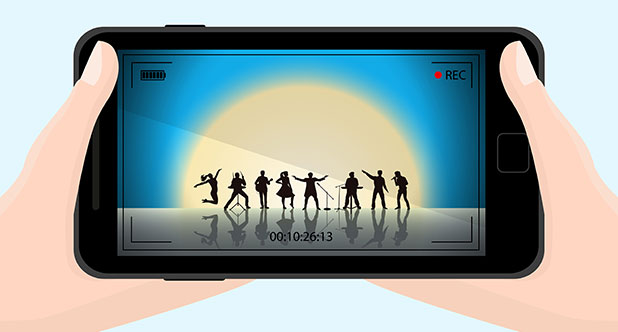 Like most things in life, Ruben says the more you plan and prepare, the better your outcome will be: “When preparing for a project, think of your mobile device like an expensive studio camera and plan accordingly,” he says.

That means developing a script, storyboard and shot list and being creative with the equipment you have:
“Don’t worry about how good your first film is,” he says. “It doesn’t have to be a Hollywood blockbuster. Make it your way and don’t hold back. Express yourself, let your imagination go, and enjoy the process.”

“I don’t do anything textbook or traditional,” Ruben says. “I’m always looking to push the envelope with projects I’m involved in.”

One example of this is previous iPhone Film Festival winner, Departure, which was shot on an iPhone 4s and partially directed by Ruben himself:

“The idea was to work with three different filmmakers in three different countries at the same time. Crazy and very difficult with a minimal budget, but thanks to a team of incredibly talented and dedicated filmmakers we completed the film and it was selected for the Cannes Film Festival.

“Working together with one script, we were able to deliver a film that none of the filmmakers would have had the resources to complete alone. There is no limit on how creative you can be.”

“Always be ready to film and keep filming,” Ruben says.

“If you look at our film Departure, at the 4:27 mark there’s a police helicopter overhead. I shot that during a walk months after we had finished shooting and added it to the final edit.”

4. Use whatever tools you have to hand

When shooting’s complete, Ruben tends to edit in Final Cut Pro. But it’s not the only option, and he recommends using whatever tools or software you have at your disposal.

The team over at Stuff recently profiled 10 of the best mobile video editing apps, with some good options to consider including iMovie for iOS and PowerDirector for Android.

iMovie is a stalwart app on every iOS device and provides a simple way to add music, voiceovers and titles as you splice your film together. Free app PowerDirector carries many of the same features, with a one-off in-app-purchase price of £2.99 allowing you to rid your movies of watermarks and export at up to 4K resolution.

YouTube, Vimeo, Instagram – the options are endless when it comes to sharing your mobile masterpiece. Some editing apps even let you upload directly. Plus, a quick search of your social channels will reveal all the videos shared before you to help light your creative spark: “When we started the iPhone Film Festival back in 2010, we had a little over 100 submissions – all from the USA. Seven years later, we are averaging nearly 2,000 submissions annually from over 90 countries,” Ruben says.

“This year’s winning films are all available to view on the iPhone Film Festival’s main website and we’re currently setting up a non-profit organisation, the Mozi Foundation, to continue the work we’ve started.

“Our goal is to establish after-school programs in many countries around the world, including places that don’t have ideal learning opportunities or the resources to produce films. We’d love to inspire a new generation of creative filmmakers by providing students with equipment, teaching and the means to share their efforts internationally.”