Get started with… Electronic music production: Expert advice from EDMProd

Fancy yourself as the next Skrillex? We shine the spotlight on electronic music making in the second of our expert advice series… 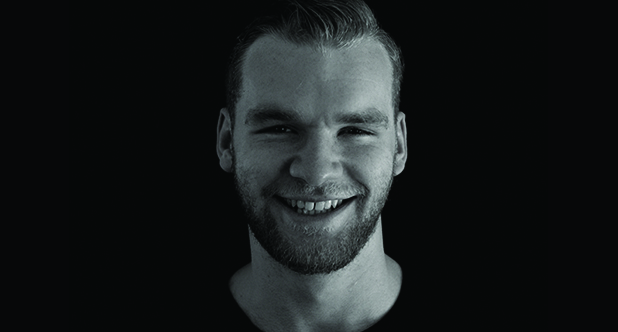 As music production’s become more accessible, it’s also become more prolific. But how do you go from utter newbie to semi-skilled sound artist? With these tips from EDMProd founder Sam Matla. Time to listen up!

From drums to electronics…

Coming from a musical family, Sam was always destined to dabble. It started at age 11 when his father first taught him how to play the drums. He then picked up a guitar and by age 14 he was completely mesmerised by the world of electronic music:

“I fell in love with electronic music. The groove, the sounds – everything. I loved it,” he says.

“I downloaded a copy of FL Studio – I can’t remember which version – and mucked around for several years, learning a few tips and techniques as I went along. I finished a lot of music. A lot of it wasn’t great…”

It all starts with the gear… 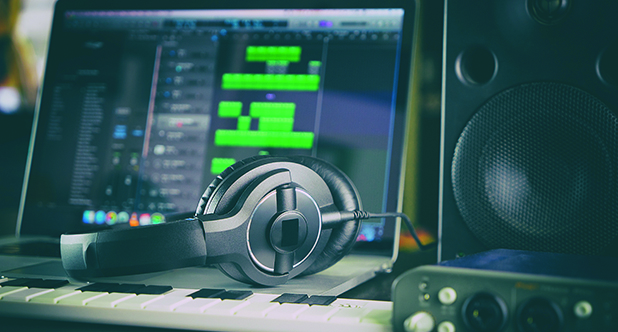 “Put simply,” Sam says, “music production has become democratised the same way many other things have”.

“In the past you needed money to produce music. You’d have to pay for studio time, for recording and mixing engineers, perhaps session musicians. The world of electronic music was a little cheaper, but not by much. You had to buy expensive sequencers and hardware synthesizers. Little Johnny in his bedroom couldn’t afford the gear.”

The good news? Today, you need little more than a laptop, some reasonably priced (or free) software and a pair of headphones or some speakers.

Sam has something he calls the “Minimum Viable Home Studio”. It consists of:

“This is enough to get started with,” he says. “Don’t make the mistake of spending thousands of pounds on gear before knowing if you like music production.”

But, once you do know, you might want to invest. Additional kit includes:

Aside from the gear, Sam’s first piece of advice?

“Music production is demanding. It’s complicated. It’s complex,” he says. “There’s a lot to learn and a lot to master. But it’s also incredibly fulfilling.”

“You have autonomy over the whole process. You can turn your creative vision into something real without anyone to stop you. In the beginning though, you have to keep it fun. If you don’t enjoy it, what’s the point?”

Our thoughts exactly. Don’t pile the pressure on, just give it a go. And if you’re looking for inspiration, Sam’s got it in droves… 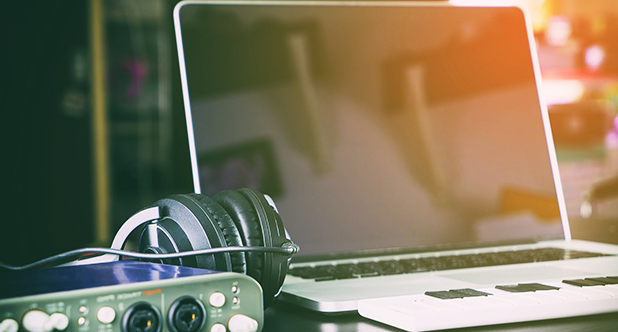 Sam’s actually developed his own four-week course called EDM Foundations and it’s ideal for beginners. It’s also very popular and enrollments have closed, but should you wish to join the waiting list, it is there to be joined. In the meantime, he says, there’s his blog and his podcast. In fact, there are resources aplenty, as he shares his top picks:

And the secret to developing your own sound? 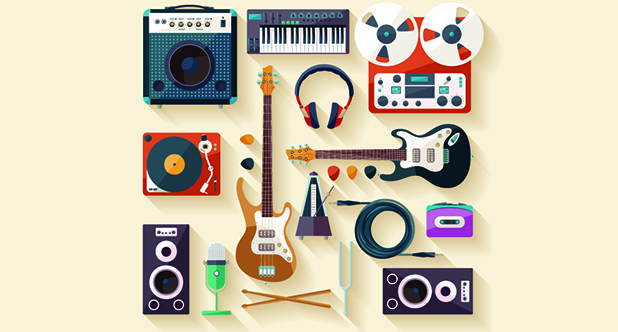 “Even though I make electronic music, I listen to classical, jazz, blues, rock, ambient, film-score and other genres of music on a regular basis,” Sam says.

“Over time, as you listen to different types of music, you’ll pick up ideas on the sounds that you can fuse with another genre – the genre you like to make. Because it’s impossible for two people to listen to exactly the same songs over an extended period of time and pull the exact same ideas from them, a unique sound is inevitable.”

“Most people over-commit when it comes to new ventures and projects and find themselves overwhelmed very soon after starting. 60 minutes a day is enough to really make progress, but it’s also manageable – especially if you have a full-time job and a family.”

“60 minutes a day is enough to really make progress, but it’s also manageable – especially if you have a full-time job and a family.”

“If your goal is to make music production a career, I recommend putting in 3-4 hours a day outside of work.”

But whatever time you set aside, Sam says make sure it’s distraction-free:

“I’m talking about an hour of focused music making,” he says.

Final tips from our expert?

Don’t be a perfectionist – perfectionism kills progress
“As a perfectionist you won’t finish anything. You won’t learn quickly enough. And you’ll spend too much time on the minute details that don’t really matter.” 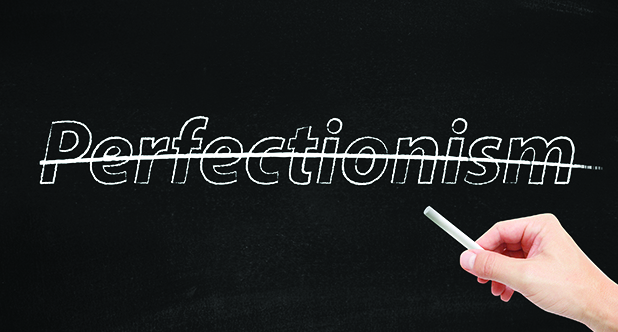 Instead Sam says, “Cultivate what Heidi Grant Halvorson calls the ‘Get Better’ mindset. Not only will you feel better about yourself, you’ll make real progress.”

Forget promotion
“The mistake I see most producers make,” Sam says, “is trying to market their music and promote themselves too early. I’m guilty of this too.”

“There’s no real harm in doing this, but the time could be better spent on improving the quality of your music, which is the best, and hardest, marketing tactic there is.”

“The electronic music industry is only becoming more transparent. It’s harder to game the system. The quality of your music is what counts more than anything so, focus heavily on the craft.”

“If you live in a town of 5,000 people, find producers on the internet to connect with. Talk with them. Share ideas. Ask questions. Collaborate. The production community is huge, and is growing. Come and be a part of it!

Feeling creative? Check out our first “Getting Started With” to try your hand at digital art.