Get Started With… Coding: 3 apps that’ll help you learn the basics

Ever wanted to learn how to make websites, apps and games? Here's how to get to grips with computer programming in your own spare time... 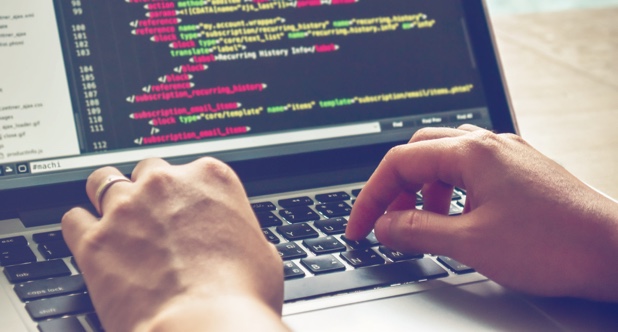 In just a few short years, everyone and their mum will know how to code. It’s now a skill being taught in classrooms up and down the UK, which means we’re heading towards a near future in which it’ll easy to find yourself left behind when it comes to tech. But it’s not too late to catch up! And, if programming is something you’ve always wanted to know how to get into but never knew how, we’ve got your back.
Whether you’re looking to garner a simple working knowledge of what exactly goes on behind every web page you visit (this one included), or you’ve got an ingenious app idea that you’d love to bring to life, these are the online learning resources you need. The best bit? They’re all available on your phone or tablet…

Learn to code with 2018’s best apps and tools

Swift Playgrounds | Free, iPad only
Great for: Learning how to make iOS apps
Traditionally, iOS apps were all built using ‘Objective-C’ – a coding language made by Apple that has its roots in OS X (the operating system powering Mac computers). But all that changed in 2014 when Apple announced ‘Swift’, a new and more streamlined language designed for everything from iOS to Apple TV apps and beyond. Swift is great for experienced app developers because it uses existing Objective-C frameworks, but it’s even better for newbies because it’s more user-friendly (and therefore speedier) to learn. 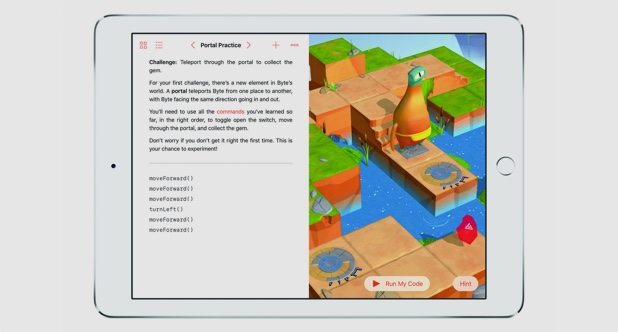 To prove it, Apple launched Swift Playgrounds alongside the new language – a free iPad app that aims to take users on a journey from absolute beginner to app developer. And we mean ‘absolute beginner’. In fact, Swift Playgrounds is ostensibly aimed at kids, but don’t let that put you off; that just means that the act of learning has been turned into a game, and the jargon is fazed in at a really friendly rate.
In each level you’re tasked with directing your cartoon character around an obstacle course to collect gems, using Swift code as their guide. Sounds simple? It is, largely, but it won’t be long before you get a few headscratchers. Moreover, you’ll also find yourself learning by accident. Playgrounds has three courses, each made up of several modules that increase in complexity. Complete everything and it’ll be over to you: you’ll be able to use the app as a blank canvas to create your own apps.
Encode | Free (+IAP), iOS and Android
Great for: Learning in bite-size chunks
Encode is a great all-round code-learning solution for both Android and iOS. Like Swift Playgrounds, its lessons start at the very beginning, so you don’t need to worry about struggling against a tide of assumed knowledge. 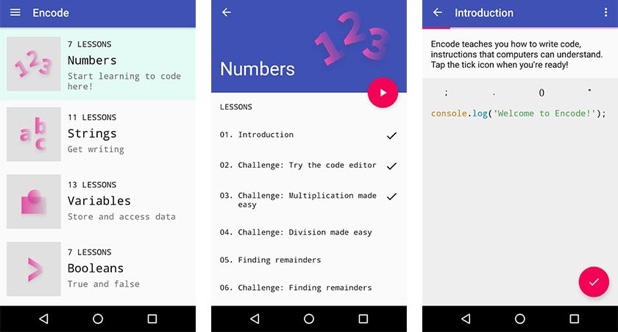 In its courses you’ll learn all about Functions, Loops, Arrays and more at a pace that suits you; its lessons come in short, snappy chunks, which means you’ll be able to dip in and out when it suits you without being overwhelmed. And you’ll soon be putting those skills to use: Encode’s got its own code editor and compiler built in, letting you complete tests and see your code in action as mini websites.
Perhaps the app’s greatest quality, though, is its choice of coding languages on offer. You can opt to pick up JavaScript – a language used all over the web as well as in Android apps – HTML, CSS or Python. All of which are super useful industry standards.
Udacity | Free (+ paid courses), iOS and Android
Great for: Getting serious
Want to take your learning to the next level? Udacity is a self-teaching platform that goes way beyond just coding; its courses are available on a huge range of today’s tech topics. What’s more, they’re all taught by real experts, with input from people at the likes of Facebook, Google and Amazon.
The catch? It’s expensive compared to the rest of the options on here. That’s because Udacity’s courses come in the form of ‘nanodegrees’, each of which take a few months to complete, but which can stand proudly on your CV – and you don’t get that kind of training for free.

The ‘Intro to Programming’ nanodegree, for example, costs £299. For that, though, you’ll get a tailored five-month course that’ll take up to 10 hours of each week to get through, alongside access to a digital classroom, lessons you can complete offline and personal access to your mentor, making it a much more rounded and more serious option when it comes to learning. Not ready to pony up? Udacity has a wealth of shorter, free courses worth checking out, too.
And there you have it: everything you need to catch up with the kids and get coding! All that’s left to do now is put the hours in, get practising, and get making.
Changing the game with GameMaker Studio… Think you could design the next Super Mario? Here’s how to turn a great game idea into a reality.