We’re bringing Vodafone 5G to the UK in style, and kicking off the future of football in one of the country’s most remote locations... 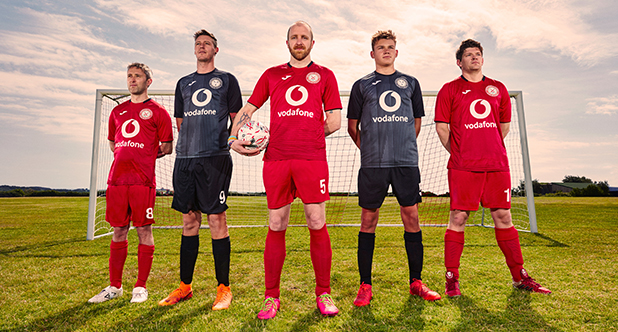 When Vodafone 5G launches across a spate of UK towns and cities on 3 July 2019, it’ll enable our connected customers to do more with their digital lives, unlocking the door to a world of awesome web-based opportunities.

To prove it – and to celebrate the fact that our UK 5G network  will spread all the way down to the Isles of Scilly – we’ve partnered with the world’s smallest football league to transform it into the world’s first 5G-powered one.

But what does 5G-powered football mean for the players and the fans? And how else will 5G supercharge your mobile experience? Here’s everything you need to know…

The Isles of Scilly sit 45km off the coast of Cornwall, but they’ll be benefitting from the extra oomph of 5G just like the rest of the UK. That’s especially good news for tourism, where local Scilly businesses can show high-definition videos and 3D-images of the islands’ attractions to a worldwide online audience without buffering or delay.

The arrival of 5G will also allow schools and the health centre to gain instant access to vital online services usually only available to people on the UK mainland.

So where does 5G come in? Well, for a start, the new mobile tech will provide the beating heart behind the first ever crowdsourced fan-assisted referee (FAR) system later this year.

Fans will be able to live stream key league games over 5G from October 2019 from across the Isles of Scilly, and – in one match – even have a say on key decisions during a game using their smartphones, turning anyone with a compatible smartphone into a remote assistant referee.

“This is a big deal not just for the league, but for everyone,” says Chairman of the Isles of Scilly Football League, Anthony ‘Gibbo’ Gibbons. “We’re delighted that this long-term partnership respects the heritage of the league, yet brings it into the 21st century. The teams are buzzing over their new kits and are looking forward to playing in front of bigger crowds online.”

“Above all,” he adds, “the improved communications will hopefully help stem the flow of young people leaving the island permanently, and attract more visitors.”