If you're on a budget, but still hanker after a smartphone or tablet from household names such as Sony and Samsung, there is a way to fulfil your heart's desire - as long as you're willing to make a few compromises.

It’s never been easier to afford the latest smartphones and tablets. Even so, the very latest models from many well-known brands may still be out of reach if you’re budgeting carefully, as they also tend to be the most expensive.

The manufacturers have recognised this, offering cheaper devices that are similar enough to flagship models but which compromise on some features to keep the price down. If these design decisions suit you, then everyone’s a winner. Here are a couple of examples.

Samsung is one of the biggest names in the world of Android tablets, making its latest 12.4in Galaxy Tab S7+ the obvious choice if you want a big-screen tablet that isn’t an iPad Pro. The Galaxy Tab S7 FE retains much of the S7+’s appeal, with its sturdy and stylish metal casing, the latest Android 11 operating system, large 12.4in screen, 5G and capacious 10,090mAh battery with fast charging. That’s already everything you need for web browsing as well as basic productivity and entertainment.

While the S7 FE comes with an S-Pen stylus for note taking and drawing, it isn’t the same as the one included with the pricier S7+. Most notably, it doesn’t have pressure sensitivity which makes it less suitable for keen artists using sophisticated brushstrokes in drawing and painting apps. It should still be good enough for note taking though. If you’d prefer to type, a keyboard that doubles as a screen cover is available separately. 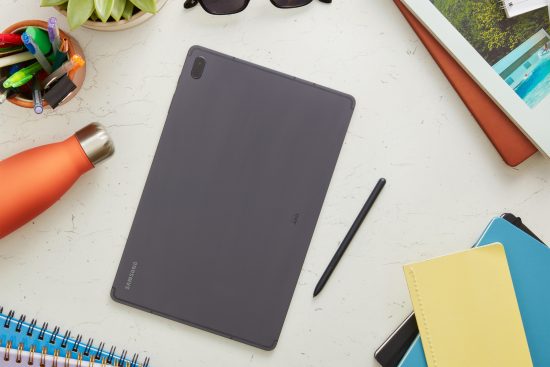 Another important difference is that the S7 FE has a slower processor. Its Snapdragon 690 is fast enough for most everyday tasks, but keen gamers and prolific artists, as well as people keen to use the Windows-like DeX interface for enhanced productivity when connected to an external display, will want the extra horsepower provided by the top-of-the-line Snapdragon 888 in the S7+.

The S7 FE’s 12.4in screen has a slightly lower resolution than the S7+, at 2560×1600 pixels versus 2800×1752 pixels, but it’s unlikely most people will be able to spot the small difference in sharpness. More tangible differences include the S7 FE’s lack of a high refresh rate and OLED screen technology. On the S7+, these ensure the smoothest possible page scrolling and highly vibrant colours respectively. While useful, most casual tablet users won’t notice their omission from the S7 FE. 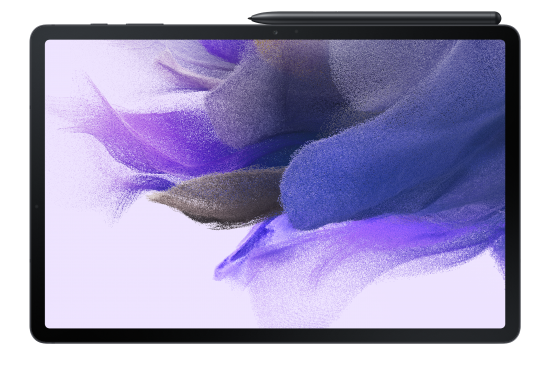 Another difference is that the screen doesn’t support high dynamic range, which caters to eagle-eyed movie fans and photographers keen to ensure they can see both extremely dark and light areas at the same time in videos as well as photos.

Most people don’t use their tablets as a camera often, so Samsung made the right call by fitting the S7 FE with a single eight megapixel rear camera rather than dual lens setup on the S7+. It could’ve done with the S7+’s eight megapixel front-facing camera though, rather than the five megapixel unit it does have, given how essential video chats have become over the course of 2020.

Samsung’s most surprising compromise with the S7 FE is that this tablet doesn’t have a fingerprint reader. You’ll therefore need to resort to passcodes and passwords to securely unlock the tablet and make online purchases.

Sony’s current range of Xperia Android smartphones are known for their exceedingly tall screens. A result of a 21:9 aspect ratio, this makes them ideal – when held horizontally – for watching Hollywood movies with no black bars at the top or bottom (or close to none, depending on the film). When held vertically, all that extra screen space is useful for watching a livestream while simultaneously keeping an eye on the accompanying comments/chat, for example. 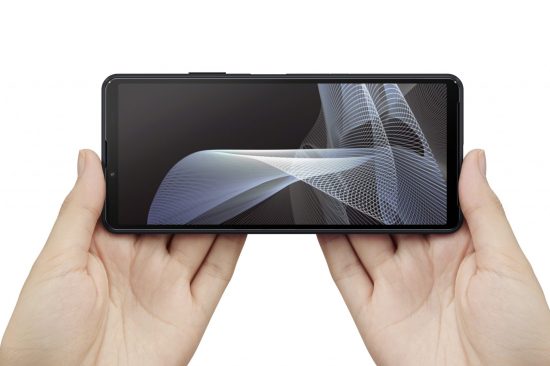 Oddly, Sony’s flagship Xperia 1 III isn’t yet available even though the cheaper Xperia 10 III is. If that cinematic widescreen experience is of paramount importance though, then there’s no need to wait. Compared to the 1 III, the 10 III’s 6in screen has a slightly lower resolution, isn’t quite as colour accurate and doesn’t support high refresh rates either. But these omissions will only matter to the choosiest and flushest of phone buyers. 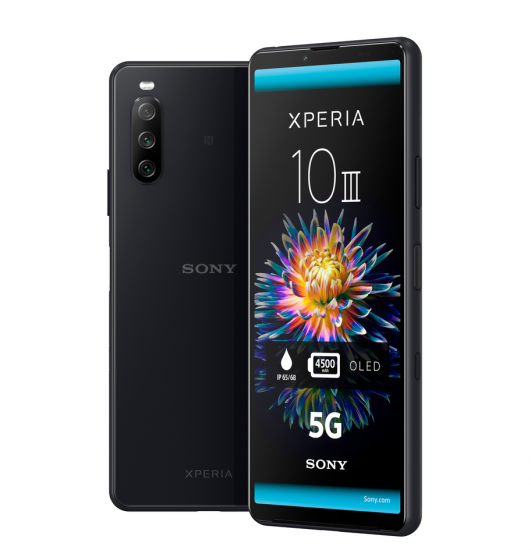 Manufacturers often skimp on water resistance in their cheaper smartphones, but Sony has gone against the grain here. Like many other pricier handsets, the Xperia 10 III is officially rated to survive submersion in 1.5m of water for up to 30 minutes. It should therefore be able to shrug off the occasional spilled drink or rainstorm.

The Xperia 10 III also has the same-sized 4500mAh battery as its pricier sibling, as well as 5G. 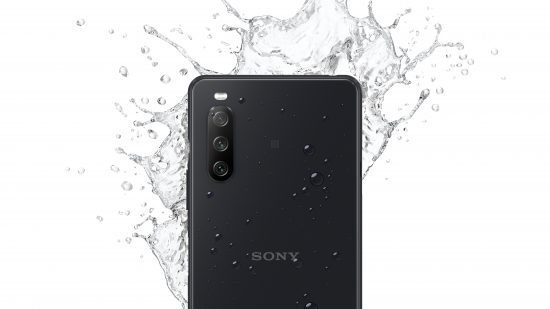 Sony has compromised by fitting the 10 III with a Snapdragon 690 processor, which isn’t as fast as the top-of-the-range Snapdragon 888 in the 1 III. The pricier Xperia tops out at 512GB of storage, while the 10 III has to make do with 128GB. More storage can always be added using micro SD cards, though.

If you want to take the best possible photos and videos using an Xperia, you’ll have to wait for the 1 III. It’ll have a large camera sensor for recording as much light as possible, which is key to good image quality. While the smaller sensor in the 10 III isn’t as adept, it’s still been partnered with a flexible range of lenses – an ultra-wide lens and a lens with 2x optical zoom in addition to the primary shooter. This setup is good enough for occasional snaps, with the extra lenses enabling a bit of creative flair. 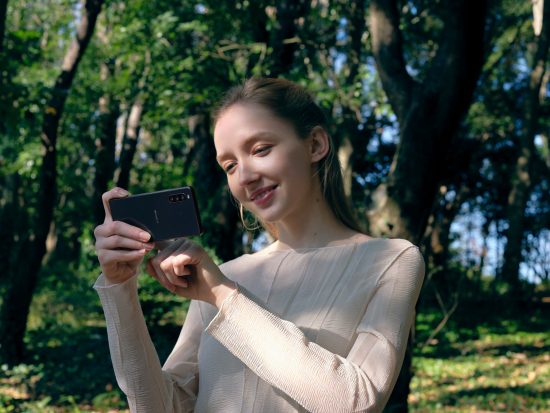 Learn more about the Samsung Galaxy Tab S7 FE and the Sony Xperia 10 III on the Vodafone UK website.