#FOMO vs #FORO: How Vodafone can help

Customers have a “fear of running out” (#FORO) - whether it's data for Pay monthly customers, or credit for Pay as you go. David James, Marketing Director, explains how Vodafone UK can help.

Love using your phone on the go? You’re not alone. Busy Britons love being able to use their phones to watch videos, stream music, chat or post on social media while out and about. If we’re not up-to-date on what our friends are up to on social media for instance, many of us experience #FOMO, the fear of missing out. On the other hand, using our phone exactly how we want can lead to a whole other fear I call #FORO, the fear of running out. Let me explain what I mean.

These days, lots of us rely on our phones to go online or stream content. More than a third of adults surveyed say they watch films or TV on their phones, according to Ofcom’s 2017 Communications Market Report. We’re not just using our phones to watch films and TV, of course. 59% of online music service users and 48% of podcast users are doing their listening by phone. And when it comes to keeping in touch, we rely on mobile messaging apps: 61% of the total mobile audience studied in Ofcom’s report used Facebook Messenger, and half used WhatsApp, according to data collected in March 2017.

But while many people rely on their phones for digital access, a significant number prefer to connect to the internet using Wi-Fi rather than their mobile provider. Indeed, among customers who spend over 4 hours a day online – including young people – well over half of that time is spent on Wi-Fi instead of the mobile network, Vodafone data shows. Why are so many mobile customers relying on Wi-Fi instead of their mobile network? I’d argue it’s because of #FORO – the fear of running out. 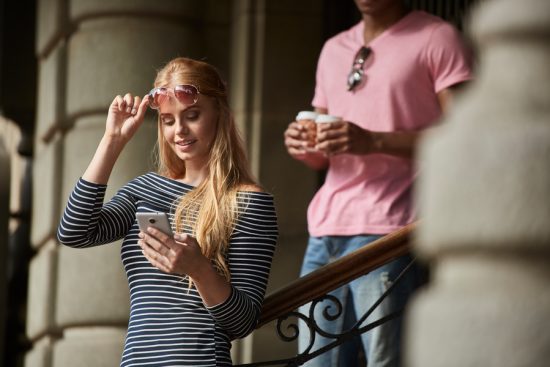 Pay monthly customers tell us that while they love using their favourite apps on their mobiles, many of them fear they’ll run out of the data allocated to them for the month. More than two-thirds of Pay monthly customers we surveyed told us they have this fear, and it stops them from using their phone exactly how they want to. This means when they’re on the move, they avoid using data-hungry apps unless they’re in a place where they can connect to free public Wi-Fi.

At Vodafone, we want to help our Pay monthly customers resolve the tension between #FOMO and #FORO, so that they can use their phones whenever and wherever they like. That’s why we came up with Vodafone Passes, a new way of buying data that’s available now. 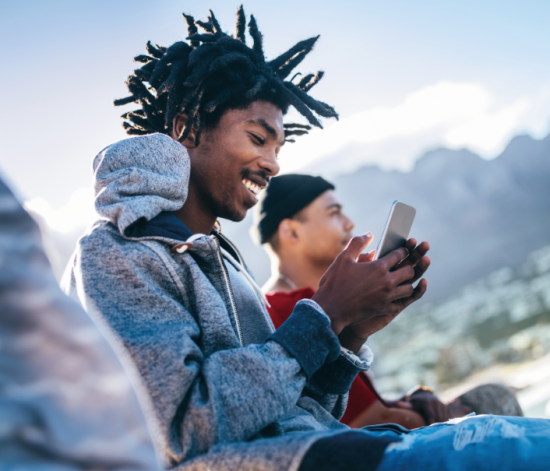 Vodafone Passes offer endless access to more than 20 popular video, music, social or chat apps, all without using up a customer’s monthly data allowance. By purchasing the Pass – or Passes – that suit them best, customers no longer have to fear that they’ll “run out” of their monthly allocated data when using their phone to access some of their favourite apps.

There are five Vodafone Passes to choose from:

Vodafone Passes are flexible and convenient. The cost of a 30-day Pass is added to your monthly bill and renews automatically on your billing date each month, and you can add or remove a Pass at any point.

We’ll be adding more apps to our Passes soon, so for the latest news, please visit our Media Centre or follow the Vodafone media relations team on Twitter: @VodafoneUKNews. 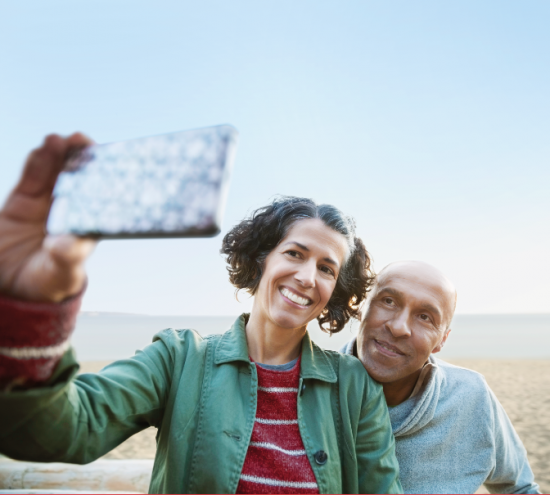 Pay monthly customers of course aren’t the only ones who worry about their spending. Pay as you go customers have a similar fear of “running out” – only in this case, it’s the fear of running out of credit.

Some Pay as you go customers only want to use their phones occasionally. They want to keep to a strict budget, and they fear that if they talk on the phone for too long, they might use up all their credit and have to top up more often. To stay within budget, when they do call someone, they try to keep their calls as short as possible. But this can create a feeling of #FOMO – the fear of missing out on connecting with friends and loved ones.

With Pay as you go 1, you only pay for whatever you use up to £1, and after that it’s free unlimited minutes and texts, as well as 500MB of data[i] to use for the rest of the day. Before reaching your daily £1 spend limit, our rates are as follows:

Customers won’t be charged a single penny if they don’t use their phone that day.[iii] There are no hidden costs and no unexpected extras: we’ll let you know if you try to dial a number that’s not included in your plan, such as a premium number or long-haul call, so that you can choose whether to go ahead. With Pay as you go 1, you never pay more than £1 a day – and like classic Pay as you go, any unused credit stays on your account. For more updates on Pay as you go 1, stay tuned!

[i] In the unlikely event that you reach your daily limit, automatic data capping will kick in and you won’t use up any more credit. If you want to use more, it’s £1 to get another 500MB to use until midnight that day.

[ii] Full terms and conditions will be published at this link on 10 November: http://www.vodafone.co.uk/terms-and-conditions/consumer/mobile/pay-as-you-go/pay-as-you-go-1-terms/index.htm

[iii] Pay as you go customers who don’t use or top up their phone for 270 days will be disconnected and will lose their credit as per Vodafone’s standard Pay as you go terms. The minimum top up amount is £5.