‘Help for Heroes saved my life’: Soldiers past and present share their mental health stories

To celebrate Armed Forces Day 2020, Vodafone UK hosted a virtual event in which former and present soldiers shared their experiences around mental health and how they overcame their difficulties.

The former Scots Guardsman, who received life-changing injuries while serving in Afghanistan, shared his experiences with Vodafone staff in one of a series of online events marking Armed Forces Day 2020.

Vodafone UK, a signatory of the Armed Forces Covenant, has supported and celebrated Armed Forces Day for several years in a row. Signatories to the Covenant pledge to honour those who serve or have served in the military and their families in a number of ways.

This year’s Armed Forces Day event was different in more ways than one.

Held entirely online due to the coronavirus lockdown, it also had a theme more relevant than ever – mental health and overcoming adversity.

Despite the traumatic injuries he suffered 10 years ago in Afghanistan, Dave Watson – now equipped with advanced prosthetics – discovered an affinity for shotput during his recovery. He went on to win several gold, silver and bronze medals at the Invictus Games in a range of events, including shotput.

“A lot of people will sit at home and dwell on what happened – you’re in that dark space and there’s no getting out if you dwell. Sport got me out of the house,” he said.

‘I bit off more than I could chew’

Warrant Officer Glenn Haughton OBE currently advises government ministers and top brass from all the services in his role as the Senior Enlisted Advisor to the Chiefs of Staff Committee.

Glenn didn’t let his position, or fear of stigma, stop him for sharing the story of how he suffered from burn-out and exhaustion while working relentlessly for military charities.

“I bit off more than I could chew,” he told an online audience of Vodafone UK staff, veterans and civilians alike.

“I never expected to suffer from mental health issues. I was embarrassingly naïve about mental health. I used to think it was about people that were weak or weird – that’s the embarrassing part.”

Following his recovery from burn-out, he became the Armed Forces Mental Health and Wellbeing Champion.

“I knew I had to change my lifestyle – and help other people.”

Getting help, helping others

Mark ‘Lofty’ Taylor has long since left the Army, but his experience serving in Iraq left a lasting impression on him. “The only thing I failed at in the British forces was to kill myself,” he joked darkly.

Following a traumatic tour of duty in Iraq where he lost two friends to enemy action, Mark was diagnosed with severe Post Traumatic Stress Disorder (PTSD). Despite this PTSD, he avoided getting help for years.

“It affected me, my wife, my kids and my career. I was a really horrible person, angry all the time,” he explained. When his then-wife left him over Christmas, Mark tried to commit suicide, but the attempt was prevented by a friend checking in on him.

Mark credits his eventual recovery to Help for Heroes, a charity that aids wounded veterans with therapy and sporting activities.

“Help for Heroes saved my life,” he said. “They gave me the tools and the ammunition to save myself. It not only supports us as individuals, it also supports us as a band of brothers.” 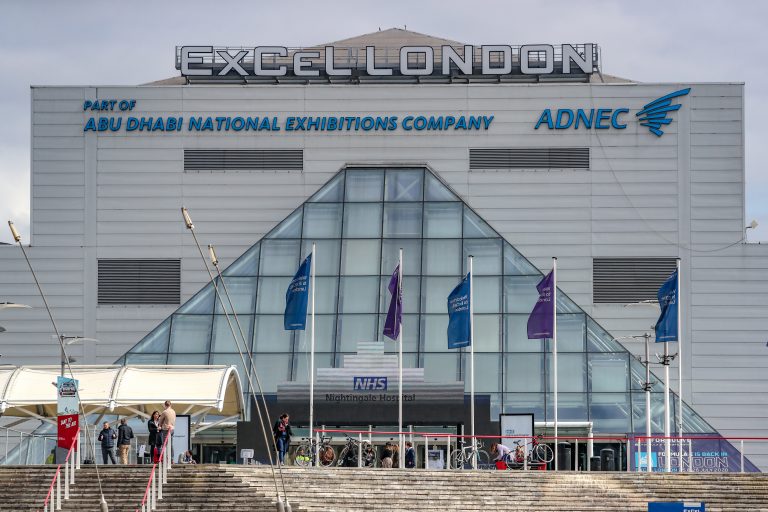 Mark went on to lead a team of volunteers at London’s Nightingale Hospital for severely ill Covid-19 patients. His crew handled tasks from cleaning and taking patients for tests, to more stressful duties – such as taking bodies to the morgue.

Mark drew upon his own experience in recovering from PTSD when counselling his teammates and NHS staff – including a nurse grief-stricken at losing a patient.

“Because I was so open about my experience, they could be open with me too,” he explained.

Vodafone UK offers a range of mental health assistance to its employees. Dozens of Mental Health First Aiders across Vodafone’s UK offices have received training (recognised by MHFA England) to spot and support any colleagues who may be struggling.

For the duration of lockdown, those Mental Health First Aiders can be contacted by their colleagues online. This is in addition to the 24-hour helpline available to all employees as well as the mental health awareness training available to line managers.

Vodafone UK proudly supports Help for Heroes, the charity that assisted both Dave Watson and Mark ‘Lofty’ Taylor. Donate now to help veterans and their families.