Our 5G trials take off, letting travellers in Terminal One find out what 5G speeds will really mean in terms of raw mobile download speeds... 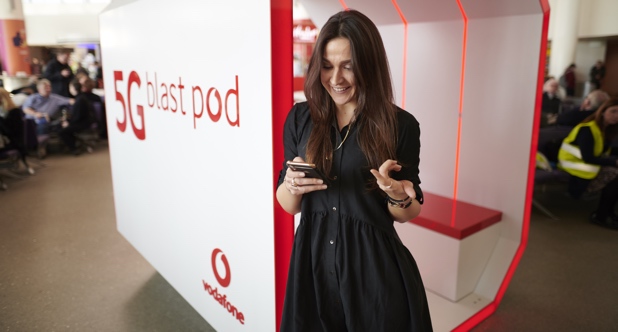 Just how fast is 5G? It’s probably the number one question asked of the emerging mobile tech. It’s part of the reason why we’ve expanded our 5G trial to Manchester Airport with the arrival of a dedicated download ‘blast pod’ – to show people what 5G speeds will mean in real life.
But what exactly is a blast pod? And how fast is super-fast? Here’s a glimpse into what a 5G-powered future will mean for you and your phone…

Our 5G trials are already underway throughout a host of UK cities, but now we’re expanding things to a host of new public spaces – starting by bringing 5G capabilities to Manchester Airport. It’s the first commuter hotspot to get the 5G treatment, benefiting from two dedicated 5G masts ahead of similar trials in places like Birmingham’s Snow Hill railway station.
And, to mark the occasion, we thought we’d show the crowds waiting for planes to speed them through the skies just how fast 5G can be, too. Enter: the Vodafone blast pod.

Situated in Terminal One, our blast pod is a 5G-enabled booth that allowed travellers the chance to download a whole TV series to their phones in a flash. Lucky holiday-goers who stopped by were given a free 1-month Entertainment Pass on streaming service NOW TV, letting them download a season of the Tim Roth-starring Tin Star ahead of their flight.
With our 5G network handling all the downloads, nobody needed to worry about missing their flight before the progress bar reached 100 percent; a single episode of Tin Star was downloaded in just 45 seconds, while all nine episodes of season two could fly into your phone in a mere six minutes and seven seconds. 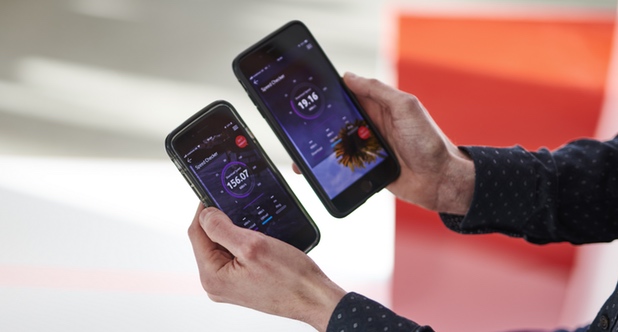 That’s around four times quicker than over 4G, which would take just over 26 minutes.
“We all love to catch up on our favourite TV shows, play games or finish off some work when travelling,” says Vodafone UK’s CTO, Scott Petty. “5G, with its fast speeds and quick response times, will make that quick and easy, even in busy locations.”
This trial follows on from our successful 5G spectrum test in April 2018, and our UK-first holographic call in September. 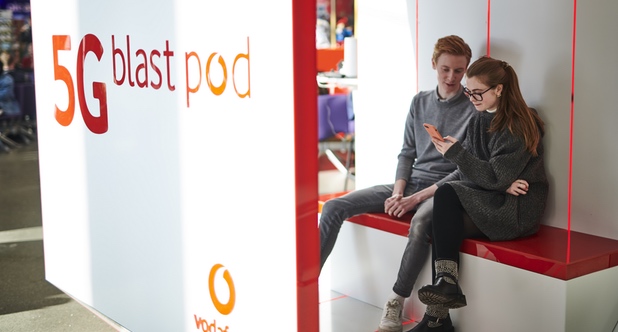 So what’s next? Well, we’re busy working behind the scenes to make 5G ready for prime time, and we’re going to roll the tech out to a bunch more major airports and railway stations by the end of 2019. Watch this space.