Our 5G trial arrives at New Street Station, making us the first company to trial the lightning-quick network tech in Birmingham. But what does this mean for your journey? Let’s take a look… 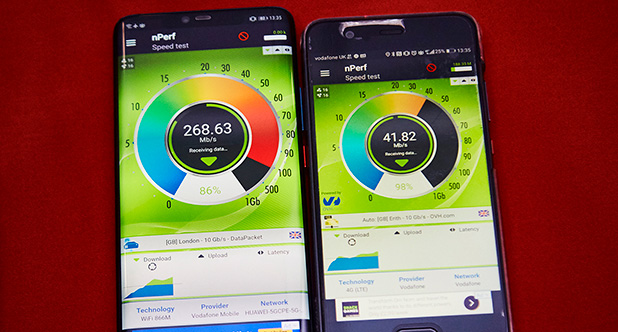 It would be an understatement to say that there’s been a lot of hype around 5G, and thankfully, it looks to be justified; just a few months ago we delivered a dedicated ‘blast pod’ to Manchester Airport, showcasing exactly what this super-fast mobile tech can do.

Having already catered to flyers, rail travelers will now be able to sample the delights of this awesome emerging tech, as Birmingham’s New Street Station has become the first UK 5G connected train station.

But what does the arrival of a 5G router on New Street concourse mean for commuters? And just how many episodes of Game of Thrones can you expect to download ahead of your journey? Here’s what you can expect from 5G-powered train trips…

The next step in our expanding set of 5G trials, saw commuters at New Street Station invited to test 5G speeds using the 5G router. And it’s fair to say that passengers were impressed by what they experienced:

First tested by Andy Street, Mayor of the West Midlands, our router allows passengers to experience first-hand the benefits of 5G.

And this is a glimpse into the very near future. 2019 will finally see compatible 5G handsets and devices arrive in the hands of users, letting commuters in busy locations download media in the blink of an eye on the go, or – thanks to super low latency – seamlessly stream an HD movie over 5G without buffering.

And there’s lots more to look forward to. We’re rolling out 5G at a number of key commuter locations all over the UK and, by the end of the year, will switch on the new network in 19 towns and cities across the country.

It’s not only commuters who should be excited about the trial. The introduction of 5G to Birmingham for the first time is key to supporting the city’s role as a digital leader in the UK, and will help deliver smart transport solutions like connected cars, while also supporting businesses to develop smart factories capable of using connected robots and mobile machines.

5G services also support the West Midlands Combined Authority’s strategy to give people in Birmingham and surrounding areas the very latest comms tech, making the city smarter for everyone. 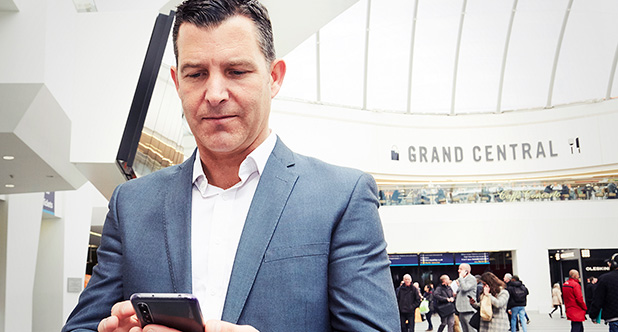 It’s exciting stuff, but this is just the beginning. Live testing is now taking place at a number of sites across Birmingham, all connected to Vodafone’s multi-billion-pound, ‘single optical fibre’ converged network, which is already providing customers in the city with fast 4G mobile, home broadband, IoT tech and more.

As for the rest of the country? We’ve got plenty more news coming soon. Watch this space…